The Supreme Court has adjourned proceedings on all BCCI matters for a week and this has increased the uncertainty on the future of Hardik Pandya and KL Rahul.

Hardik Pandya and KL Rahul, who have been suspended from all cricket for their ‘outrageous’ comments on the show Koffee With Karan, will have to spend some more time away from cricket as they await closure. The Supreme Court has adjourned proceedings on all BCCI matters for a week and this has increased the uncertainty on the future of the two cricketers' after hearing was adjourned by the two-judge bench comprising Justices AM Sapre and SA Bobde following current amicus curiae Gopal Subramanium's resignation on health grounds. The duo have been called back from the tour of Australia after Pandya’s comments on the show were labelled ‘misogynistic’ and ‘racist’ while Rahul was accused of not attempting to stop Pandya.

The appointment of an ombudsman was sought by the Committee of Administrators (CoA) to investigate the duo's comments on hookups with multiple women and being casual about it with their families. With the bench nominating former Additional Solicitor General PS Narsimha as the new amicus, the case of appointment of a permanent or ad-hoc ombudsman will only come up as and when the new amicus takes charge. Thursday's developments mean that the return of the two players, who have already missed the ongoing ODI series against Australia, could well be delayed beyond the New Zealand series which begins on January 23.

After the two players were showcaused for their comments on the TV show, Committee of Administrators chief Vinod Rai had recommended a two-match ban but his colleague Diana Edulji wanted a legal opinion from the BCCI's legal cell. The legal firm said that Rahul and Pandya didn't violate the BCCI's Code of Conduct with their on-air comments but it would need an ombudsman to investigate the matter. Edulji then proposed that CoA, along with BCCI members, form an inquiry committee to which Rai replied that the move will be in contravention to the Supreme Court order and he won't be a party to any such committee. 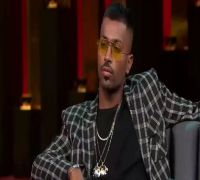 Hardik Pandya refuses to step out of house, not taking calls: Father reveals 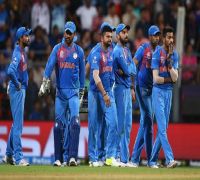 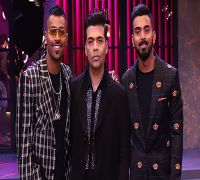 "Had Diana been ready to go with the recommended punishment of two matches and not sought legal opinion, we wouldn't have reached this stage. Now everything is in a limbo. Now it's a legal matter and it can take time. All that one achieved through this ego tussle is that we have compromised the national team's interest," the senior official said. It is learnt, even on Wednesday Rai had sent an e-mail to Edulji, requesting a quick closure of the matter, keeping the cricketers' future in mind. However, he got no response from the former India women's team captain.

Edulji attended Thursday's hearing in the Supreme Court with her personal lawyer and told Rai in an e-mail that it was to "protect her own interest". BCCI acting President CK Khanna echoed Rai's sentiment on early resolution of the matter. "Hardik Pandya and KL Rahul certainly brought disrepute to the board with their inappropriate comments. For that, the BCCI has already suspended them provisionally. However, I am also of the view that the matter needs to be sorted at the earliest," he told PTI.

Following the outrage, Hotstar removed the episode from the web while Pandya's father Himanshu has said that the comments should not be taken seriously as his son was indulging in chatter in a light-hearted manner. The situation came into light with this one conversation when Johar was asking questions about not asking women’s name in a night club and what do men talk about. To this, Pandya replied, “I like to watch and observe how they (women) move. I'm little from the black side so I need to see how they move." Pandya also boasted about how he casually discussed his sex life with his parents. “When I lost my virginity, I came home and said, 'Main karke aya hai aaj (I had sex today)'. At a party my parents asked me 'acha tera wala (women) kaun sa hai [who is your interest here?] so I said yeh, yeh, yeh (pointing out women)' and they were like 'waah proud of you beta',” Pandya replied with laughter.