Kashvee Gautam, Hailing From Chandigarh, Matched Anil Kumble's Feat Of Taking All 10 Wickets In An Innings But She Did It In A Limited-overs Game During The Womens Under 19 One Day Trophy.

Kashvee Gautam took 10 wickets in an ODI, which is the first instance in limited-overs cricket. (Photo Credit: Twitter)

However, on Tuesday, there was another addition to Anil Kumble's 'Perfect 10' but it was historic as a one-dayer witnessed a perfect 10. Kashvee Gautam, playing for Chandigarh in a Womens Under 19 One Day Trophy against Arunachal Pradesh, became the first woman bowler to take all 10 wickets in an innings. Gautam ended with figures of 4.5-1-12-10 and this is the first-ever instance of a perfect 10 in white ball cricket. In fact, Gautam shone with her all-round skills as she chipped in with an unbeaten 49. The performance redefined leading from the front.

Chandigarh chose to bat at the KSRM College Ground in Kadapa and run-scoring was incredibly difficult. Simran Johal, the wicketkeeper made 42 but Mehul, along with Gautam, shared a 104-run stand for the fourth wicket. Mehul ended with 41 and Gautam was unluckily dismissed for 49 as Chandigarh ended on 186/4 after 50 overs. 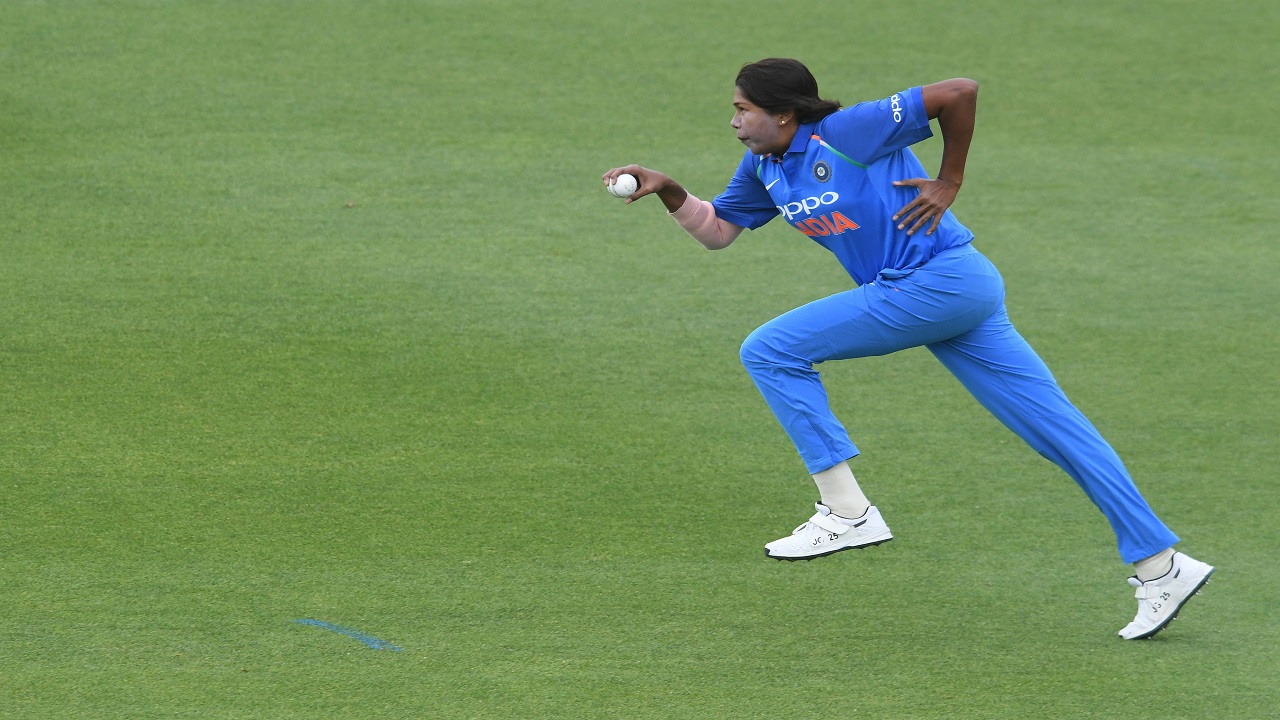 In response, Arunachal Pradesh had no answers to Gautam with the ball. In her first over, Gautam dismissed skipper D Popi and Itika Tyagi and in the third over, she created the first record. She sent back Nabam Martha with the first ball and got rid of Abhi and Sanskriti Sharma to take a hat-trick. Gautam was on the verge of a double hat-trick as she dismissed Techiyana and Manawat the keeper but she missed the feat. Nabam Para and Tadar Yallar all went quickly and when Yallum was dismissed for 0, Gautam finished with 10 wickets for 12 runs in 29 balls of mayhem. There were eight ducks in the Arunachal innings and only Megha Sharma reached double figures with 10. Extras were the next highest scorer with eight as Arunachal Pradesh were bowled out for 25 in 8.5 overs to lose by 161 runs.

Speaking to Times of India after achieving the feat, Gautam, who mader her debut for Punjab three years ago at the age of 13, said her dream was to finish with 100 wickets in the season and cited that Jhulan Goswami, one of the leading pacers in Indian women's cricket, was her inspiration.

"I have learnt this after watching the videos of my inspiration Jhulan Goswami. Her height helps her extract a lot of bounce, but I am not as tall as her. So I rely on my accuracy, which is my biggest strength. am a natural in-swing bowler and that's why most of my wickets are either leg before the wicket or bowled. My aim is to complete the season with 100 wickets," Gautam said.

Gautam's story is a lot like Shafali Verma, the 16-year-old Indian women's team opener who is making a name for herself in the women's cricket team. Shafali Verma often played with boys and she honed her skills by playing more with boys during her days while playing cricket. Gautam said she used to play with boys to make a statement.

"If you get the wicket of a boy, it will shut them down forever. They will never try to bully you or pass comments like this game is not for girls. I really enjoy bamboozling them in the practice matches," Gautam told Times of India. With the India women's cricket team making giant strides in the world of cricket and with women's cricket gaining added impetus, Gautam's feat is truly remarkable.