Kedar Jadhav and MS Dhoni's fifties, combined with their 141-run stand helped India beat Australia by six wickets in the Hyderabad ODI to take a 1-0 lead in the series.

India were in a precarious position at 99/4 in their pursuit of 237 against Australia in the first ODI in Hyderabad on Saturday. However, Kedar Jadhav, along with MS Dhoni changed the complexion of the match by sharing a 141-run stand for the fifth wicket to put the Australian attack under the sword. Jadhav smashed 81 and Dhoni hit his 71st ODI fifty as India won the match by six wickets to take a 1-0 lead in the five-match series. The duo of Jadhav and Dhoni had earlier contributed in a big way in the previous series between the two sides in January when their partnership helped India win the final match in Melbourne and help Virat Kohli’s Indian cricket team win a bilateral ODI series for the first time Down Under.

Speaking after the end of the match, Jadhav said the knock was payback for the faith Kohli had instilled in him after suffering from injury issues. The Maharashtra all-rounder was plagued by a hamstring injury for the last couple of seasons and required surgery. Before the series against West Indies, there was plenty of confusion regarding Jadhav’s fitness and after being initially left out, he was back in the Indian side and his contribution has been consistent.

“The kind of confidence they have given has helped me deliver consistently. Credit goes to the captain and management for backing me in my difficult times and this is my time that I pay back to the confidence and faith they have shown in my difficult times. Everybody has been encouraging towards me irrespective of how many times I have got injured you know. Every time I have got fit, I have walked into the team. That is the kind of confidence that the team management has in me,” Jadhav said. 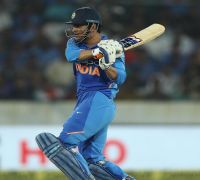 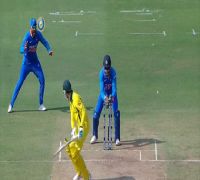 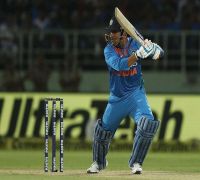 Jadhav and Dhoni’s partnership will give India plenty of reassurance as they look to tie up some loose ends in the middle order. The fact that it came after the top order were undone cheaply will come as a relief for Kohli that his side has depth. Speaking about Dhoni’s influence in the batting, Jadhav had nothing but admiration in the way Dhoni approached the game.

“Mahi's natural game is hitting down the ground. As long as he's there, the other teams always feel the pressure. Whatever little bit of cramp he was having, I just told him "you stay at the wicket, gives me a lot of confidence". I could play my natural game after 50 because he was at the other end. Every time I spend time with him, I learn a lot. I can't put it in words but let's say when I see Mahi bhai, I feel very confident. That's the sort of aura where you feel that? I will deliver today'. He has that knack of getting best out of every player and that's what everybody loves about him. Credit to Dhoni and Kohli for what they have achieved in their career. If we can achieve 10 or 15 percent of what they achieved, it will be great,” Jadhav said.

India are trying to find out a finisher at the No.6 position along with Dhoni and Hardik Pandya, who is out injured. Jadhav said the team management is looking at him as the finisher. “It's more than one and half or two years that I have been batting at this number (No 6). I still remember in January, 2017 against England in India, I batted at No 6 only and got Man of the Series. From thereon, the team management has been looking at me as a finisher. They have clearly told me that you will be batting at No 6 till the time you are there. So the management and team had been clear about everybody's role and everybody is clear about what is expected of individual players,” Jadhav remarked.

India will play Australia in the second ODI in Nagpur on March 5.