Pulwama Terror Attack: It is Uri all over again, this time in cricket instead of Bollywood

The Pulwama terror attack has had a massive impact on cricket and the coverage of Pakistan cricket in India, with several broadcasters and websites not covering the Pakistan Super League

The Pakistan Super League broadcast and coverage has been suspended by some television channels and websites. (Image credit: PCB Twitter)
HIGHLIGHTS

When the Uri terror attack on the Indian Army took place on September 18, 2016, the anger against Pakistan spread across India. Bollywood and Television bore the brunt of the fury. Zindagi channel had to remove all Pakistani shows from their telecast. Mahira Khan, Pakistan’s famous VJ and actress could not promote the film Raees starring Shah Rukh Khan while Ae Dil Hai Mushkil, the film which included popular actor Fawad Khan also faced plenty of problems with some outfits demanding that Pakistani artists should go back to the country. The Pulwama terror attack, which resulted in the death of 40 CRPF jawans, has seen the anger being directed to cricket in the country.

The Cricket Club of India (CCI), one of the premier cricket clubs in the country, has covered the photo of former Pakistan captain and current Prime Minister Imran Khan while the Punjab Cricket Association (PCA) removed photos of Pakistani cricketers, even those from the 2011 World Cup encounter from various points inside the Mohali stadium as a "humble step" to show solidarity with the families of the soldiers killed. Following the action by the PCA, Rajasthan Cricket Association (RCA) decided to remove all photos of Pakistan cricketers from the Sawai Mansingh Stadium’s picture gallery.

Apart from cricket associations, players like Gautam Gambhir took an aggressive stance on Twitter while others like Virender Sehwag, Harbhajan Singh, Yuvraj Singh, Virat Kohli, Sachin Tendulkar and players from the national and domestic sides conveyed their condolences on Twitter. Even Broadcasters and digital websites have taken a stance. D Sports, who were the broadcasters of the Pakistan Super League (PSL) Twenty20 tournament, have decided to suspend the telecast. 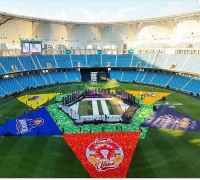 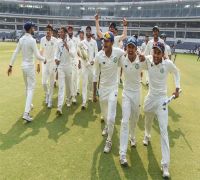 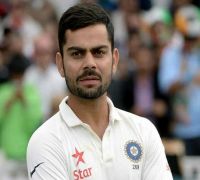 Indian broadcaster IMG Reliance has withdrawn from its contract to produce coverage of the PSL but Cricbuzz, a very popular cricketing website, has also decided to not cover the Pakistan Super League. On the website, there is no link to the Pakistan Super League microsite. There is no ball-by-ball coverage on their site while there are no match reports being done following the Pulwama terror attack. When one tries to google Pakistan Super League and Cricbuzz, there is a Cricbuzz link on top but when one clicks on it, a message is flashed, “Invalid URL entered. Check out Latest Series below”. When News Nation tried contacting Cricbuzz, it elicited no response.

The move by Cricbuzz has apparently angered plenty of Pakistan fans. There is a #UninstallCricbuzz trend which is going viral on Twitter and there is plenty of outrage against the site from Pakistan. Many Pakistani users have downgraded the app and are uninstalling the app for their lack of coverage on the PSL. An Australian journalist by the name of Dennis Freedman, who primarily covers cricket in Pakistan, has changed his name on his Twitter handle to #UninstallCricbuzz to show solidarity with Pakistan. Cricbuzz’s rival, ESPNCricinfo, has not boycotted the PSL and continues to give ball-by-ball coverage, match reports on its site.

The move by Pakistan fans and Indian cricket associations in the wake of the Pulwama terror attack is significant considering that this is a World Cup year and that both sides are expected to clash in the 2019 ICC Cricket World Cup in Manchester on June 16. There are calls from plenty of fans to boycott the game in Manchester to show solidarity to the CRPF jawans.