Ross Taylor Is All Set To Become The First Cricketer In History To Play Over 100 Games In All Three Formats Of Cricket As He Prepares To Play His 100th Test During The First Game Against India At The Basin Reserve, Wellington.

Ross Taylor has achieved plenty of records during his 12-year career with New Zealand. Taylor is the leading run-getter in both ODIs and Tests with 8570 runs and 7174 runs respectively. Taylor is the leading century-hitter in ODIs while he is second behind current skipper Kane Williamson. Ahead of the Wellington Test that will begin on February 21 at the Basin Reserve, Ross Taylor is eyeing a unique record. The Basin Reserve Test match will be Ross Taylor's 100th and he will be the fourth New Zealand player after Stephen Fleming, Brendon McCullum and Daniel Vettori.

However, the Wellington Test will make Ross Taylor the only cricketer in history to play 100 or more games in all three formats of the game. Ross Taylor has played 99 Tests, 231 ODIs and recently, during the Bay Oval Twenty20 International against India, he played 100 T20I games. Speaking ahead of the first Test, Taylor reflected on his career and he said he had learned to live with imperfections throughout his career.

"No one has a perfect career and you fail at some stage especially as a batter. Mistakes and scenarios make you grow as a person. Test cricket and cricket in general as a batter, you go through a lot of ups and downs and that's definitely what I have been through, and as a team as well. But Wellington holds a special place in my heart and I am sure having a lot of family and friends there will be something that I will be proud of and look back on at the end of my career with fond memories," Taylor said.

Taylor has enjoyed a career in which he has travelled all over the globe, firstly as a Twenty20 specialist before maturing into one of the pillars of New Zealand cricket. The right-hander thanked his family for the support that they gave him in his career. "It is not easy on my wife Victoria to raise three kids for as long as she has. We play a lot but that's probably why when you do play at home, it's nice to be a dad and it's nice for them, Jonty and Mackenzie to be old enough to sort of understand what dad does. Regardless of whether you score runs or not, they (kids) give dad a hug. That puts everything into perspective and hopefully when they are bit older than they are now, they will be proud of what I have achieved as a cricketer for them," Taylor said.

India had achieved a whitewash in the Twenty20 Internationals when they defeated New Zealand 5-0 but the Kiwis bounced back in grand style as they inflicted a 3-0 whitewash in the ODIs. This was the first time in 31 years that India were whitewashed in an ODI series of three or more games. The Indian cricket team is currently playing a three-day warm-up game between India and New Zealand XI and this is been seen as the ideal build-up for the two-Test series which begins on February 21 at the Basin Reserve for Virat Kohli's side. 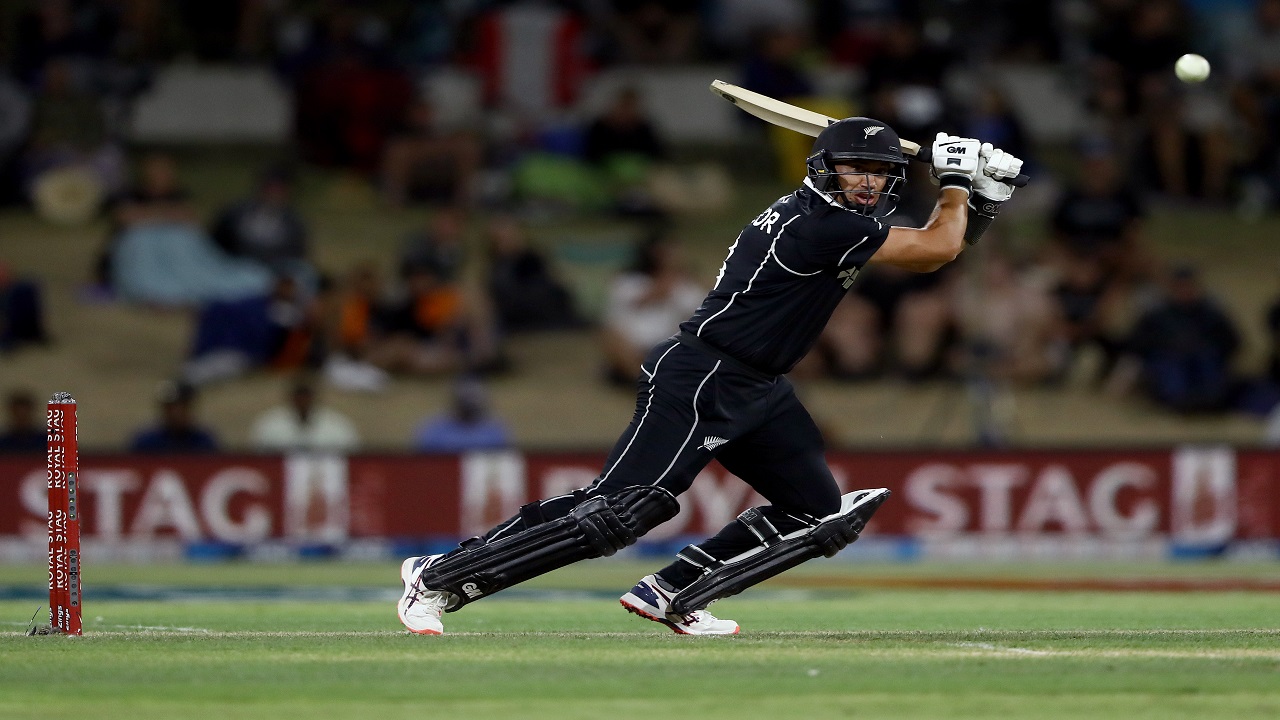 Ross Taylor will become the first cricketer in history to play 100 or more games in all three formats. (Image credit: Getty Images)

The match, which has been stripped of First-Class status, will see all batsmen and bowlers getting a chance. In the Indian innings, Virat Kohli did not come out to bat as Prithvi Shaw and Shubman Gill were given the chance to show their mettle and stake a claim for a spot in the Test team for Wellington. However, the Indian cricket team were undone by swing and bounce as they were bundled out for 263 with only Hanuma Vihari and Cheteshwar Pujara standing tall at the end of day 1 at Seddon Park in Hamilton.

Vihari blasted 101 and Pujara chipped in with a superb 93 while for the hosts, Scott Kuggleijn and Ish Sodhi took three wickets apiece. India did not get off to a great start as Prithvi Shaw was undone by a sharp bouncer from Kuggleijn as he fended at the short ball to be out for 0. Shubman Gill, who has been touted to be in contention with Shaw for the opening slot, also fell for a duck when he loosely played at a Kuggleijn delivery.