Shakib Al Hasan and Mushfiqur Rahim, along with Mahmudullah have gone on strike over the salary cap over the Bangladesh Premier League, putting Bangladesh's tour of India in doubt 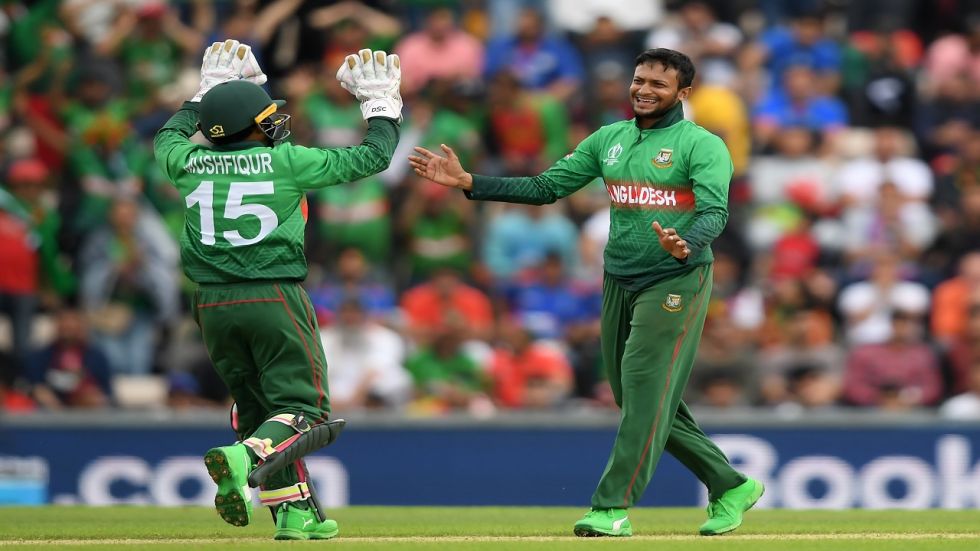 Bangladesh's tour of India has been put under jeopardy after reports have emerged that senior players like Shakib Al Hasan, Mushfiqur Rahim and Mahmudullah have all gone on strike. The move was made when the three senior players arranged a press conference and told of their intentions. The main bone of contention appears to be the salary cap over the Bangladesh Premier League. Bangladesh are scheduled to tour India for three Twenty20 Internationals and two Tests starting in November, with the two Tests forming the part of the ICC World Test Championships. The players announced that until their demands for the improvement of cricket in the country are not met, they will not participate in any cricketing activity. This means the National Cricket League, the training camp for next month's tour of India and possibly the tour itself are in jeopardy.

The move was apparently triggered by the decision on the Bangladesh Premier League, which reduced the average professional cricketer's earning. Players' woes were furthered after the Bangladesh Cricket Board didn't raise the match fees in the first-class competition. "We just came to know about it we will discuss it in the board and try to resolve it as soon as possible. I don't think it is anything like revolt. They are yet to tell us anything formally, but we are looking into the matter," BCB CEO Nizamudin Chowdhury said.

The major demands of the players is that the Dhaka Premier League, which is considered as the premier tournament in domestic cricket, should not have a salary cap. The Bangladesh Cricket Board had stated that the Bangladesh Premier League would be not be franchise-based after a fall-out with the franchises earlier in September.

Also Read | Shakib Al Hasan Does Not Have Much Interest, Dislikes Test: Bangladesh Cricket Board Chief

In a report by Cricbuzz, BCB President Nazmul Hasan had said, "We were expected to sign fresh agreements with the franchises and we had meetings with them. Many of the franchises had a list of observations and demands. But it is not possible to meet those demands with the BPL model we currently have. There are a few franchises who also are not happy having two editions of the tournament in a same year. It is not that they do not want to participate, but they have that observation. So having considered the whole situation we will have a T20 tournament managed by the board this year. No franchises will be involved in this tournament. The tournament will be funded by the board."