Shivam Dube, who has not had many opportunities in the five matches that he has played for India, rose to the occasion with a brilliant fifty to put India on course for a big total against West Indies in Thiruvananthapuram. 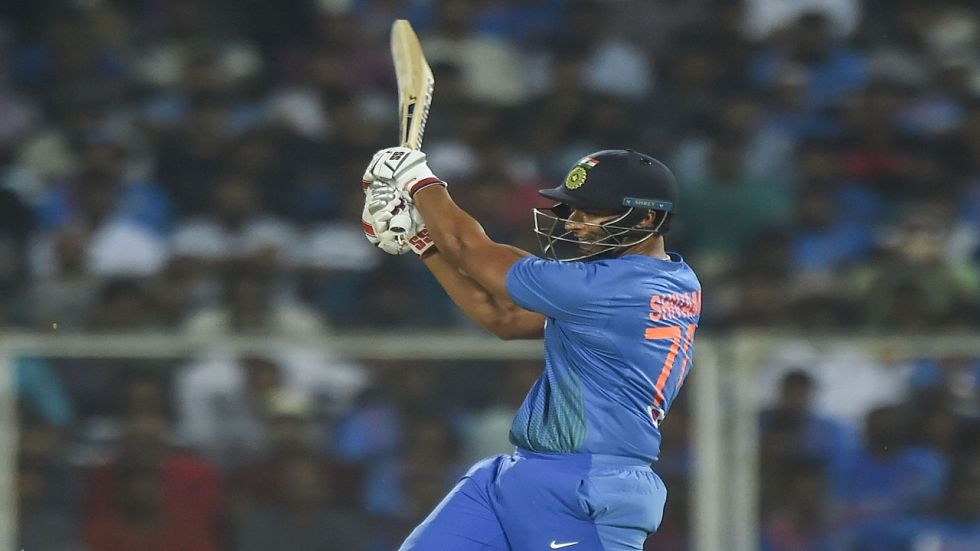 When KL Rahul top-edged a sweep off Kharry Pierre to be caught at deep midwicket for 11, the crowd at the Greenfields International stadium in Thiruvananthapuram roared at the prospect of Virat Kohli coming out and dominating the West Indie attack. However, they were in for a surprise as they witnessed 26-year-old Mumbai dasher Shivam Dube getting a promotion to bat at No.3. Dube had acquired a reputation of being a fierce hitter in Mumbai cricket circles and many were anticipating something special. The start did not go according to plan.

Dube managed a boundary to third man by top-edging a slog off Jason Holder but he was trying too hard to hit the ball to the boundary. In the sixth over bowled by Kesrick Williams and the seventh over by Kieron Pollard, Dube struggled to get bat on ball as he managed just 12 runs off 14 balls. His ungainly slogs resulted in some groans from the Indian public. However, Dube signalled his intentions by pulling a six over deep midwicket and thumping another bumper to the fence for a boundary.

When Rohit Sharma fell in attempting an audacious paddle scoop for an 18-ball 15, India were 56/2 in eight overs and in danger of a low total. With those two big hits, though, Dube had found momentum and was gaining in confidence. The ninth over bowled by Pollard changed the entire complexion of the game. The third ball of the over was deposited over deep square leg for a six and the shot rattled Pollard, who delivered two back-to-back wides.

Dube sensed his nervousness and proceeded to smash two consecutive sixes. The second one was a thump over deep backward square leg while the third six was a lofted shot off a full toss over deep extra cover for a six. The third six reminded Indian fans off Yuvraj Singh and the 26-run over boosted India. Dube reached his fifty off just 27 balls when he tucked Williams to the leg side for a single.

In the next over bowled by Hayden Walsh Jr, Dube smashed a flighted ball to long on where Kieron Pollard, normally a safe fielder, totally lost the ball in the lights and misjudged the catch to let it go for a boundary. However, Dube could not capitalise on his life and he miscued the lofted shot to extra cover to fall for 54. Although Dube did not go on and make a big score, the Mumbai left-hander has shown that he can score on the grandest stage and in any situation. 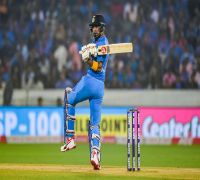 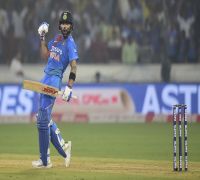 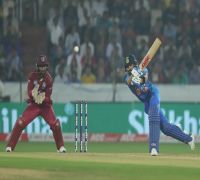