Shivam Dube was promoted up the order at number three and he repaid the faith of Virat Kohli as he smashed his maiden fifty off just 27 balls in the second Twenty20 International at Thiruvananthapuram. 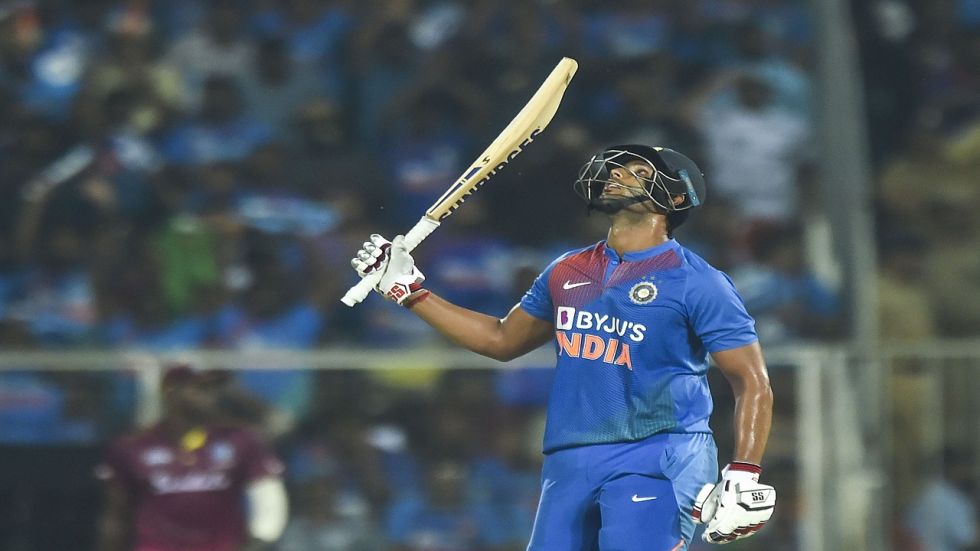 Shivam Dube notched up his maiden fifty and he finally got a chance to contribute with the bat after five Twenty20 Internationals. (Photo Credit : PTI )

When KL Rahul was dismissed for 11 by Kharry Pierre, the crowd at the Greenfields International stadium in Thiruvananthapuram cheered loudly. They were anticipating the arrival of Indian cricket team skipper Virat Kohli. Instead, they were in for a surprise when Kohli promoted 26-year-old Shivam Dube up to number three. Initially, the left-hander struggled as he tried to slog but failed to make connection. After reaching 12 off 14 balls, Dube was under pressure but some words of inspiration from Rohit Sharma helped turn his innings around.

"I think I was given the opportunity to bat at No.3 and I think it was a big deal for me. The pressure was there at the starting obviously - international match. After that, Rohit bhai helped me and he said 'stay calm and back your strength'. I think that was the motivation I needed from a senior player. Then, I got one six and did really well after that," Dube said.

The words of encouragment from Rohit turned Dube's innings around. After hitting a six and a four off Jason Holder, Dube unleashed his onslaught on Kieron Pollard by hammering the West Indies pacer for three sixes in the ninth over which yielded 26 runs. The left-hander notched up his maiden fifty off 27 balls with a tuck off Kesrick Williams to the leg side and then received a life when Pollard misjudged a catch off Hayden Walsh Jr at long on. However, Dube failed to capitalise on the life and was out for 54. Dube said he was capable of clearing big grounds.

"I think this ground is big but I have the capability of clearing any ground. You might have seen today also and that's the capability I have," Dube said in the post-match press conference.

India did not help themselves in the field during their defence of 171, with Washington Sundar and Rishabh Pant dropping Lendl Simmons and Evin Lewis in one over bowled by Bhuvneshwar Kumar. Lewis slammed 40 and Simmons notched up his sixth fifty as West Indies ended their seven-game losing streak in style with a brilliant eight-wicket win. Dube said it was a tough day in the office but added that India will bounce back.

"Yes, we dropped catches and it was unfortunate. Had we held onto them, that would have changed everything. But then any team can drop catches. It doesn't matter. I think we are the best team. We had a tough match today, but we will come back next match," Dube said. The series decider will now be played at the Wankhede stadium in Mumbai on December 11. 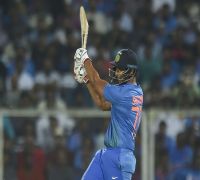 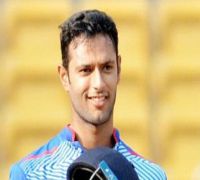 Who Is Shivam Dube - The Mumbai Lad Who Nearly Did A Yuvraj Singh In 2018?