Smriti Mandhana had a magnificent tour of New Zealand, scoring 90 and 105 in the ODIs while she smashed two fifties in the Twenty20 International series.

Smriti Mandhana is currently on top of the ODI rankings in women's cricket after a wonderful tour of New Zealand. (Image credit: Twitter)
HIGHLIGHTS

Apart from Mandhana and Mithali, Deepti Sharma and Poonam Yadav are two other Indian bowlers in the top-10 at eighth and ninth positions respectively. Deepti also features in the all-rounders chart at a career-high third spot. Australia’s Ellyse Perry is at the pinnacle of the list followed by West Indies' Stefanie Taylor.  No Indian woman has reached the top spot among all-rounders as all the former captains --- Jhulan Goswami (in July 2015), Purnima Rau (December 2000) and Shubhangi Kulkarni (January 1986) have attained the second position. 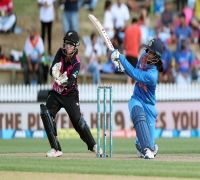 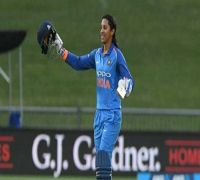 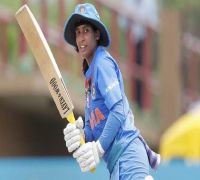 Mandhana continued her record-breaking run in international cricket as she broke her own record and blasted a fifty off 24 balls to boost India. She credited WV Raman for working with the full fortitude and added that he gave her targets to bat on a certain number of balls, as the strike rate doesn’t concern her that much.

India will be taking on England and this series can be crucial in the final standings while defending champions Australia host second-placed New Zealand in another series that also starts on Saturday. Left-arm medium-pacer Komal Zanzad impressed with a three-wicket initial burst but Board President's XI failed to defend their modest score of 154 and lost by two wickets against the visiting England XI in a practise game in Mumbai.