Kyle Jamieson And Tim Southee Both Created Record With The Bat And Ball Respectively As New Zealand Consolidated Their Grip On The Basin Reserve Test Against India.

Tim Southee's wicket of Mayank Agarwal was his 300th at home and he became the first New Zealand player to reach the landmark at home. (Photo Credit: Getty Images)

Kyle Jamieson had made a brilliant ODI debut against India in Auckland as he held firm with Ross Taylor and shared a match-winning stand. With the ball, Kyle Jamieson dismissed Prithvi Shaw and Navdeep Saini to finish with 2/42 as New Zealand clinched the series. On his Test debut against India at the Basin Reserve, Kyle Jamieson had a dream start as he got the wickets of Cheteshwar Pujara and Virat Kohli cheaply to end with 4/39 during the India innings of the Test. However, on day 3, Kyle Jamieson unleashed his prowess with the bat and he chipped in with a magnificent 44 as the New Zealand lower order smashed 132 runs to help the Kiwis establish a lead of 183 runs.

Jamieson pulled a short ball from Mohammed Shami to the deep midwicket grassbanks for his first six and he countered the short ball well with a pull off Ishant to the leg side boundary. The six foot eight inch pacer continued to hurt Shami as he top-edged the pull shot but it sailed over fine leg for a six. In Ravichandran Ashwin's 23rd over, Jamieson was unleashed as he smoked two sixes in one over. Jamieson fell for 44 but his tally of four sixes on his debut created a new record. 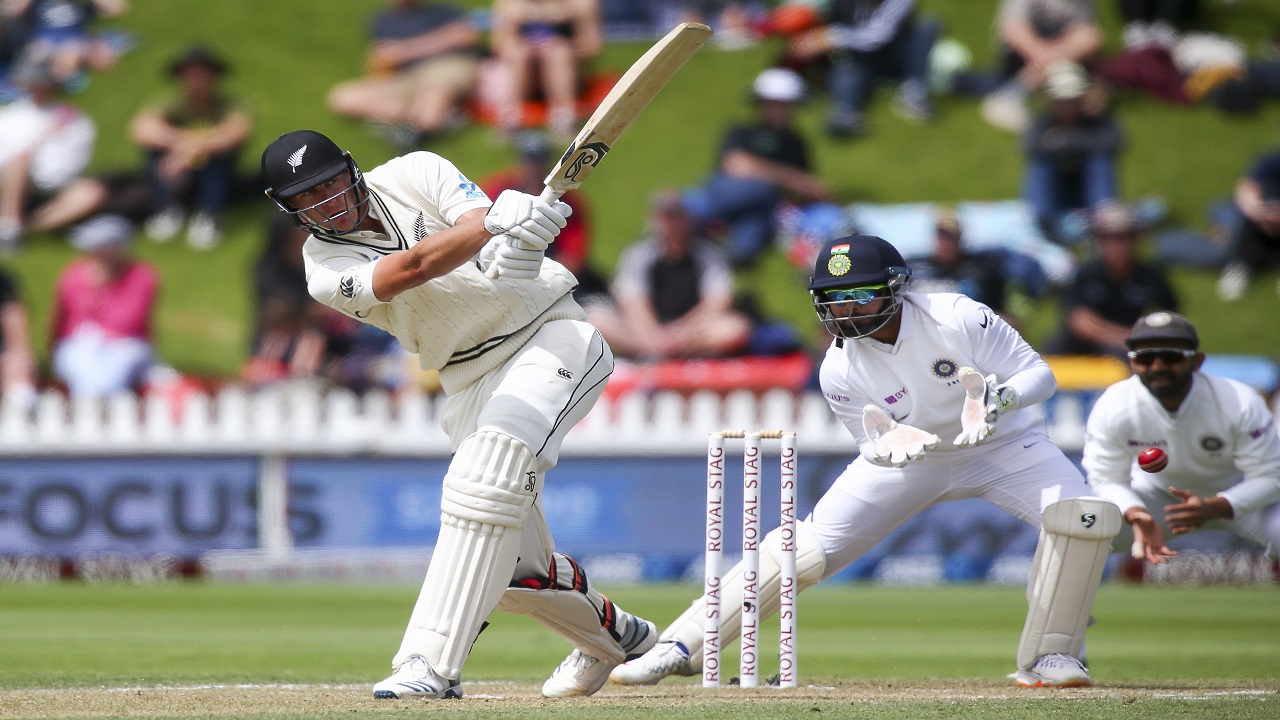 The right-hander thus joined Michael Clarke for hitting the most sixes during his debut innings. Clarke had smashed 151 on debut against India in Bangalore as his knock helped Australia beat India as they won their series 2-1 for their first win in 35 years. Tim Southee had smashed nine sixes on debut but that had come in the second innings during the Hamilton Test against England in 2008.

Mayank Agarwal was batting in fine form and he had raced to fifty as India looked to erase the deficit. However, on 58, Southee bowled a full ball down the leg side and Agarwal looked to glance it to fine leg. However, he missed it and he got a faint edge. The batsman opted for the DRS after the umpire gave it out but replays showed a spike on Real Time Snicko and Agarwal was given his marching orders.

With that wicket, Southee entered a prestigious list as he became the first New Zealand bowler to take 300 wickets at home across all formats, beating the previous mark of 299 by Daniel Vettori. The left-arm spinner had taken these wickets in 193 games while Southee achieved it in his 153rd match. Southee's new-ball partner Trent Boult has taken 277 wickets in 102 games while Sir Richard Hadlee took 250 wickets but in just a staggering 78 games.