If We Field Poorly, No Amount Of Runs Will Be Enough: Virat Kohli Lashes Out At Team-Mates

Virat Kohli Has Lashed Out At His Team For Poor Fielding And Stated That Unless The Side Does Not Improve, Any Amount Of Runs Will Not Be Enough. 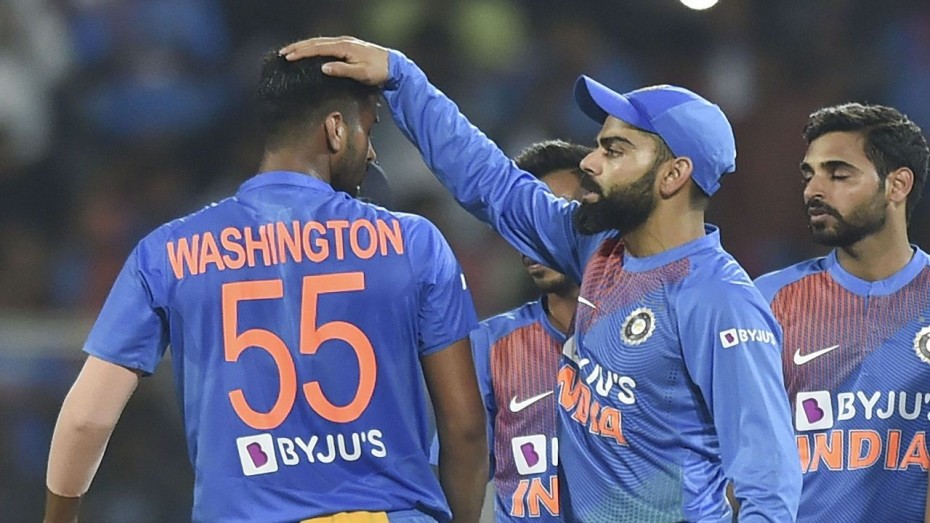 Virat Kohli has criticised the fielding of the Indian cricket team during the T20I against West Indies in Thiruvananthapuram (Photo Credit: PTI)

The current series between India and West Indies is level 1-1. While West Indies have been sloppy with their bowling in relation to the number of extras conceded, the Indian team has been woeful in the field. In the last two games, they have missed a total of eight catches. In Thiruvananthapuram, Washington Sundar and Rishabh Pant dropped Evin Lewis and Lendl Simmons of successive deliveries with Bhuvneshwar Kumar the unlucky bowler. To compound their woes, Ravindra Jadeja had a rare lapse in the field. Kohli led the way with a superb diving catch at long on to send back Shimron Hetmyer. In the post-match presentation, Kohli was blunt in his assessment of the Indian cricket team's fielding effort.

"If we field so poorly, no amount of runs will be enough. We were poor in the field during the last two games. We dropped two catches (Sundar and Pant) in one over. Imagine if they lost two in the same over that could have increased pressure. Everyone saw we need to be more brave in fielding. It's a do-or-die game coming up in Mumbai," Kohli said.

While Kohli once again aced the chase in grand style in Hyderabad, batting first and defending a total proved to be a bit more difficult for India. In the series against South Africa, they could not defend in Bangalore while in the Delhi Twenty20 International against Bangladesh, they suffered their first-ever loss in the format against them while defending. Having lost seven out of the last 15 T20 games where they have batted first, Kohli was asked if it has become an issue as statistics suggested. Kohli also felt that a below-par batting performance in the final four overs cost them dearly.

"Numbers say a lot of things. They can say a lot of things that aren't there as well. I think we were good for the first 16 overs while batting when we were 140 for 4. But then in the last four overs, we should have got 40 to 45 runs and we got only thirty. We need to focus on that," Kohli said.

Kohli led the way in the field and showed the others what they had missed when he took Hetmyer diving forward at long on and ensuring his hands or legs were not in contact with the ropes. On that catch, Kohli said, "(The catch he took) It was just something that stuck in my hand. Committed to the ball and luckily it stuck. I dropped a one-hander in the last game."

India will take on West Indies in the third and final Twenty20 International at the Wankhede stadium on December 11. In their previous encounter at the venue, the West Indies chased down 193 thanks to Lendl Simmons' 82 and whirlwind knocks from Andre Russell and Johnson Charles.