Virat Kohli's Indian Cricket Team Were Whitewashed 3-0 In The ODIs In New Zealand As Their Batting, Bowling And Fielding All Struggled To Fire On All Cylinders Following Their Success In The Twenty20 Internationals Where They Had Whitewashed New Zealand 5-0.

When Virat Kohli's Indian cricket team whitewashed New Zealand 5-0 in the Twenty20 International series, it looked a beautiful period was on the horizon for the team. India had a bad record in T20Is only against the Kiwis but in one series, they came back to level terms with New Zealand with the hosts themselves contributing to two major chokes in Hamilton and Wellington. Heading into the ODI series, there were not many concerns for Virat Kohli. New Zealand were missing some key players in Trent Boult, Matt Henry and Lockie Ferguson, all their main stars from the World Cup semi-final campaign. With an inexperienced team, low on confidence, it seemed the ODIs were going to be an extension of the Twenty20 dominance.

However, the tables were turned in spectacular fashion. Ross Taylor blasted his 21st century and a blitz by Tom Latham helped New Zealand achieve their highest successful run-chase in ODI cricket. In Auckland, India failed to dislodge the ninth wicket and the top order were ripped apart by the skill of Tim Southee, Hamish Bennett and Kyle Jamieson. In Bay Oval, New Zealand restricted India in the death overs and their batting came together with Martin Guptill, Henry Nicholls and Colin de Grandhomme smashing fifties. The result - India were whitewashed 3-0.

In the Twenty20 Internationals, Jasprit Bumrah had shown his class by taking six wickets in five games at an economy rate of 6.45. His haul of 3/12 won him the Man of the Match award at Bay Oval. In the final T20I, it was vintage Bumrah. Getting crucial wickets, bowling economically and also delivering the yorkers at the death. The blueprint that had served Bumrah well in the T20Is deserted him in the ODIs. He conceded way too many extras, did not give enough variations and missed the yorker consistently. 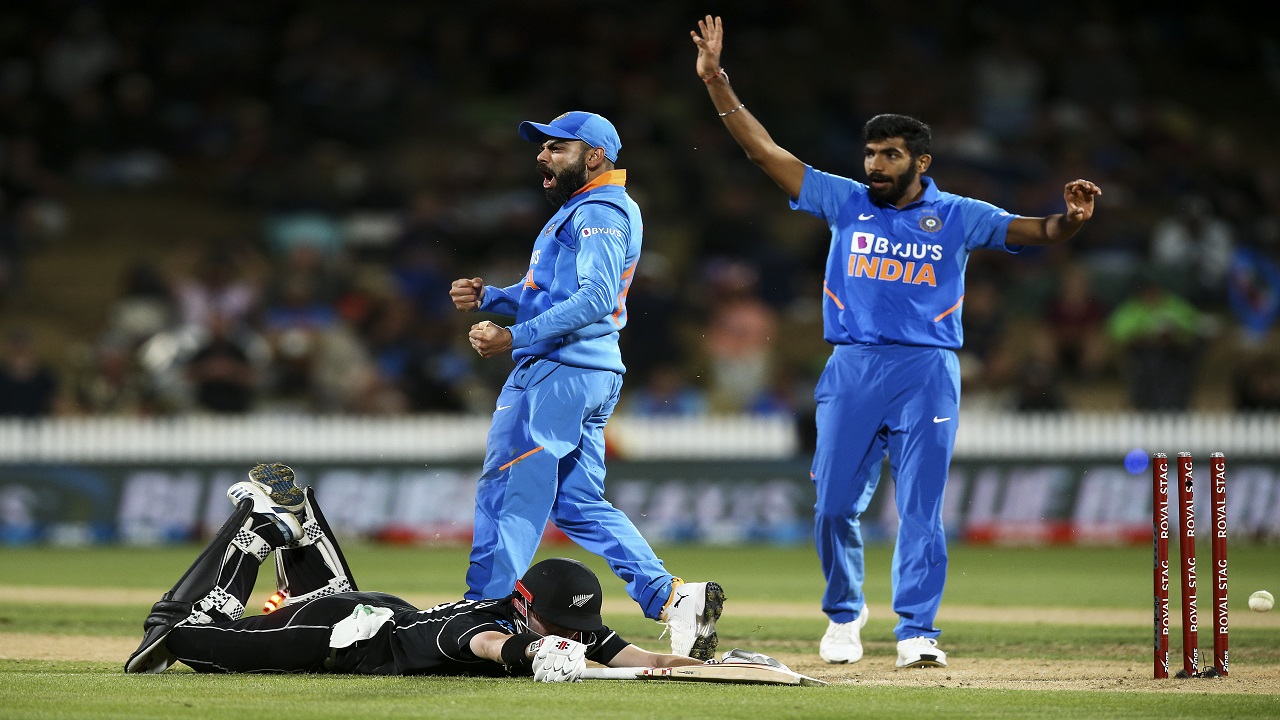 Jasprit Bumrah did not take a single wicket in the ODI series and that boosted New Zealand's chances. (Image credit: Getty Images)

During one game, one observer stated why Bumrah was not bowling many slower deliveries. The fact that New Zealand kept India's gun-bowler wicketless in the entire series worked brilliantly for them. Bumrah's ineffectivity unmasked the problems of India's bowling, with Shardul Thakur, Navdeep Saini and Mohammed Shami going for plenty of runs. Thakur, in particular, went in excess of eight runs an over for most of the ODIs while Saini was inconsistent with his line and length. Shami was taken to the cleaners in Hamilton. Bumrah's wicketless series was the key reason behind New Zealand's sweep.

Wicketless In The First Powerplay Overs

When India had won the ODI series in New Zealand in 2019 4-1, one of the reasons was getting early wickets in the first powerplay. Martin Guptill and Colin Munro were struggling for form in the series and this allowed the Indian bowlers to strike at regular intervals in the first 10 overs. During the five-match ODI series, they managed to take 10 wickets in the five matches during the first powerplay, meaning two wickets in every match. The pattern was that early wickets stemmed New Zealand's progress and they struggled to rebuild. In the three matches in 2020, the tables turned again.

In all the three games in Hamilton, Auckland and Bay Oval, the Indian bowlers failed to get the early breakthrough. In the first ODI, Guptill and Henry Nicholls smashed 54 runs in the first 10 overs as they laid a base for their biggest chase. In the second ODI, Guptill and Nicholls smashed 52 in the first powerplay while in the final ODI, 65 runs were plundered. In each and every game, both Guptill and Nicholls laid a solid platform that was capitalised by the batsmen coming later on, be it Ross Taylor, Tom Latham or Colin de Grandhomme.

Losing Rohit Sharma before the ODI series was a massive blow. With Shikhar Dhawan also out, the Indian top order lacked experience and intimidation. All hopes rested on Kohli but he too had a very quiet series by his standards. With scores of 51, 15 and 9, Kohli averaged just 25 in the entire series. In the T20Is, he averaged just 26 with no fifties. By his lofty standards, the series against New Zealand is a rare blip for Kohli. However, the series witnessed a reversal when it came to the middle order.

Heading into the 2019 World Cup, the Indian team was heavily dependant on the top order and the middle order was dodgy, especially the lack of a No.4 spot. In the series, Shreyas Iyer and KL Rahul stepped up and ensured the top order failings was masked. Iyer, Rahul and the likes of Ravindra Jadeja and Manish Pandey ensured India have a solid and steady batting order once the likes of Rohit and Dhawan come back in the team.