Virat Kohli was now one point behind Steve Smith in the latest ICC Test rankings for batsmen after the Indian cricket team skipper scored a massive 254* against South Africa in the Pune Test. 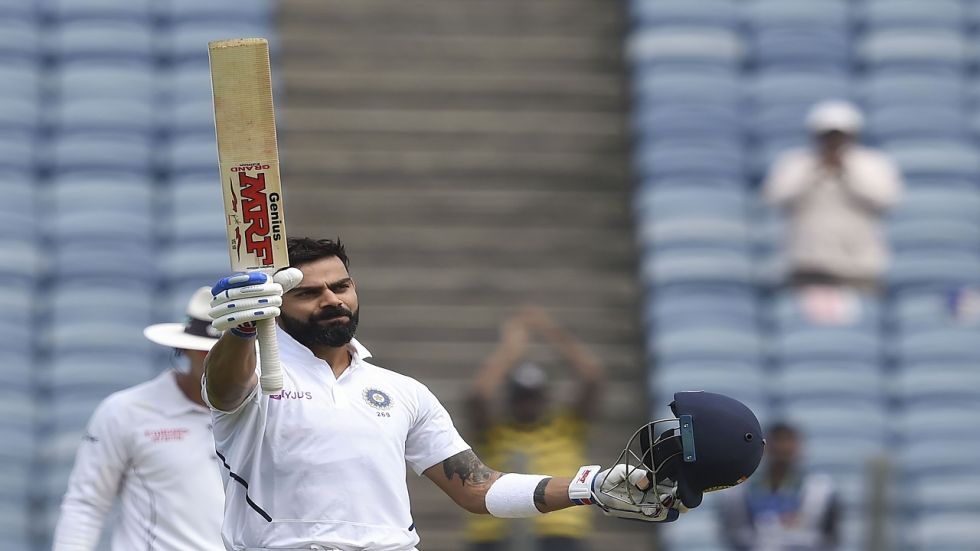 Virat Kohli blasted 254, which is his highest individual score in Tests during the Pune game against South Africa. (Photo Credit : PTI )

Virat Kohli has moved to within one point of top-ranked batsman Steve Smith following his magnificent 254* in the Pune Test against South Africa. Smith, who is currently on 937 points, reached the landmark after a stupendous Ashes contest in which he scored 774 runs at an average of 110 with three centuries, which included a century in both innings in Edgbaston and a double hundred in Manchester. Kohli, on the other hand, had dropped below 900 points after the first Test for the first time since January 2018. The Indian skipper reached 936, a point less than his career-best rating achieved in August last year. Kohli is already the No.1 batsman in ODIs and has a chance to regain the top spot after the final Test in Ranchi.

Kohli continued to notch up milestones after milestones in the Pune Test against South Africa. The right-handed batsman notched up his seventh double ton, 19th as skipper and also went past 7000 runs in Tests by crossing 250 and register his highest individual score in Tests. He went past Sachin Tendulkar's highest individual score of 248 which he made against Bangladesh in 2004.

This was Kohli's 50th Test as Indian skipper and this was his ninth 150-plus score as captain, breaking the record set by Sir Don Bradman who had smashed eight. Kohli has scored a century in 11 different venues in India and his 19th century as captain levelled the mark set by Ricky Ponting of Australia.

Kohli is the only skipper in history to have hit seven double centuries as captain, breaking the mark of five set by Brian Lara. This was his sixth double century in India, having smashed 200 against West Indies in North Sound during the 2016 series. During the course of his knock, he also went past 1000 runs in Tests against South Africa. As captain, Kohli averages 63 and at home, his average is close to 68. He has 12 tons in India while overseas, he has 14 centuries.

The win in Pune for India was their 11th straight win at home, breaking the record of 10 set by Australia in 2000 and 2008. This was also Kohli's 13th series win as a skipper, breaking the record set by MS Dhoni who had 12 series win in his tenure. What is interesting is that Kohli has been at the helm of Tests full time since 2015 and he has already broken the record. Thus, in his entire captaincy period at home, Kohli has won 19 matches and lost just one while there have been five draws. India under Kohli is rewriting the history books when it comes to home domination. 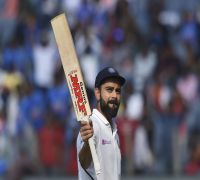 Putting The Team In Commanding Position Is What I Strive For: Virat Kohli 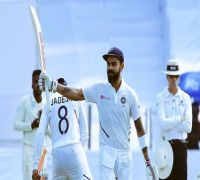