Sachin Tendulkar, one of the greatest cricketers from India, has shared a special rendition of Jana Gana Mana with other sporting greats and the video has gone viral.

Sachin Tendulkar shared a rendition of Jana Gana Mana in a special way and it will leave you emotional. (Image credit: Twitter)
HIGHLIGHTS

January 26 is a very special day for India as a country for it is the day when the nation celebrates its Republic Day. However, on the occasion of the country’s 70th Republic Day, Sachin Tendulkar, considered to be one of the greatest cricketers ever has shared a rendition of the national anthem Jana Gana Mana on his official Instagram page. Along with Tendulkar, the other legendary sportspersons involved are Sunil Gavaskar, another great Indian cricketer, former hockey legend Dhanraj Pillay, India’s ace shooter Gagan Narang, football star Bhaichung Bhutia and tennis superstar Sania Mirza. The video as already garnered close to 400,000 views and it was made under the hashtag #TheSportsHeroes.

Republic Day is also the time when India’s sporting legends get their due. On this occasion, Gautam Gambhir has been awarded the Padma Shri on the occasion. India’s inspirational football captain was also bestowed with this honour. Chhetri has helped Indian football register a turnaround and he also helped India break into the top 100 of the football world rankings a couple of years ago. Recently, during the AFC Asia Cup 2019, he helped India register a win after 55 years as he helped India beat Thailand but the side unfortunately missed out on a spot in the knockouts as they lost to Bahrain 0-1 by conceding a goal in the 91st minute.

Always gives me goosebumps when our National Anthem plays and the feeling used to become all the more special whenever I heard it on the ground while representing India. #TheSportsHeroes #JaiHind #IISM #Repost @thesportsheroes ・・・ •PART 6 : #DidYouKnow National Anthem was inducted in the Indian Constitution on 24th January, 1950. It’s an honour for us to be able to celebrate this glorious day with an extremely special tribute by #TheSportsHeroes - an initiative by #IISM Brace yourself as you witness the legends of Indian Sports enunciate the significance of #NationalAnthem in their lives. . . *Watch the complete video on IGTV. . . ‪#JaiHind #RepublicDay #India #HappyRepublicDay #Indian #Pride #JanaGanaMana #TSH #SportsHeroes #Sports #IISM @sachintendulkar @bhaichung15 @mirzasaniar @gaganarang @mbhupathi @wrestlersushil #DhanrajPillay #SunilGavaskar @nileshmkulkarni @iismworld @thesportsheroes

The other prominent sports personalities who were given the Padma Shri were Harika Dronavalli, India woman chess Grandmaster, Table Tennis player Achanta Sharath Kamal and Bajrang Punia, ace wrestler. Sharath Kamal has been one of the legends of Table Tennis, winning gold in the 2006 Commonwealth Games singles edition and also winning the team gold in the 2006 Melbourne and recently in the 2018 Gold Coast Commonwealth Games. Sharath Kamal has also won the doubles gold in the 2010 CWG games which were held in Delhi while in 2018, he secured the silver and bronze in the doubles and singles category respectively. 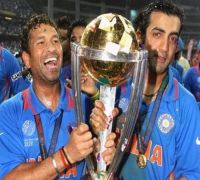 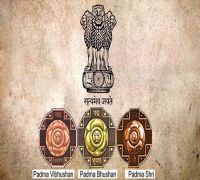 Padma Awards 2019: Check out the complete list of winners 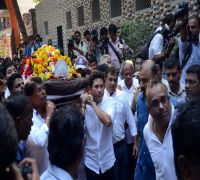 The government has selected 112 people, including one transgender, for Padma Vibhushan, Padma Bhushan and Padma Shri in the fields of art, social work, public affairs, science and engineering, trade and industry, medicine, literature and education, sports, civil service etc.