Beth Mooney suffered from flu for two weeks before the Women's Big Bash League final but she overcame the weakness, heat and nausea to guide her side Brisbane Heat to the title

The conditions at Drummoyne Oval in Sydney for the Women’s Big Bash League final between Sydney Sixers and Brisbane Heat on Saturday were extreme. Temperatures were over 30 and humidity was high. Brisbane Heat, chasing 132, were literally feeling the heat. One player felt it more. Beth Mooney, who was suffering from flu for the last two weeks, came into bat with Brisbane Heat reeling at 14/2. Her flu, combined with the heat, made her condition even worse. She found the gaps, struck boundaries and slowly steadied the Heat innings. With each passing over, her struggles increased. Her face turned red, medical staff ran on with water, sports drinks, ice scarves and ventalin inhaler in order to help her breathe. The nausea took over and it seemed her innings would be cut short by illness. However, she took anti-nausea pills and continued to bat.

Mooney scored a fifty and she did not even celebrate, so exhausted she was. However, her 65 and her 84-run stand with Kirby Short helped Brisbane Heat beat Sydney Sixers by three wickets and win the Women’s Big Bash League title for the first time. Mooney’s gritty, courageous knock continues the long line of Australia’s cricketer’s, men and women, who have given the side glory despite suffering from injury or illness.

Although the Australian cricket team is in decline, there is no denying that there have been instances when both men and women have stepped up to give their side victory in crucial circumstances ignoring their own personal plight. 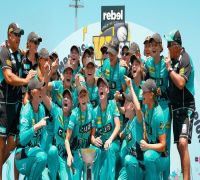 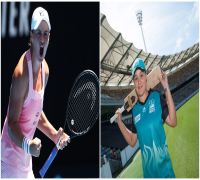 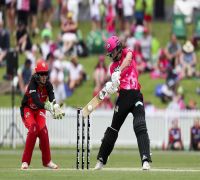 Before Mooney, a similar kind of heroism was shown by Ellyse Perry, considered to be one of the best women cricketers in the world during the 2013 Women’s World Cup final in Mumbai. Perry, who was struggling with an ankle injury, missed most of the tournament and was in doubt for the final against West Indies. Perry was included in the final and contributed well with the bat. However, with the ball, her dodgy ankle resulted in her first over being all over the place, raising concerns about her fitness. She was limping and it seemed her tournament was done. However, ignoring the pain, she proceeded to take 3/19 in 10 overs as Australia won by 114 runs to clinch the title.

For the men, there are also some legendary tales. Dean Jones battled extreme heat and humidity in the Chennai Test against India in 1986. At one point, he just wanted to walk off but Allan Border, who was the skipper at that time, remarked, “"You weak Victorian. I want a tough Australian out there. I want a Queenslander." That boosted Jones and he smashed 210 as the Chennai Test ended in a tie.

Another instance of glory was Rick McCosker, who batted with a broken jaw during the Centenary Test between Australia and England in Melbourne in 1977. McCosker’s jaw was broken in the first innings and he was taken to hospital where his jaw was wired. In the second innings, McCosker, with face and jaw bandaged and without a helmet, he shared 54 with Rod Marsh as Australia beat England by 45 runs.

Mooney’s courageous knock continues the tradition of Australia’s cricketers, men or women, who have battled all the odds to give glory to their team.