Beth Mooney Was Once Again The Star For The Brisbane Heat As They Won Their Second Consecutive Women's Big Bash League Title With A Six-wicket Win In The Final Against Adelaide Strikers.

Beth Mooney and Women's Big Bash League finals are a match made in heaven. In the previous edition of the tournament at the Drummoyne Oval in Sydney, Mooney battled flu, heat exhaustion and dehydration to help Brisbane Heat beat Sydney Sixers and win their maiden title. In the 2019 edition in front of a bustling crowd at the Allan Border Field in Brisbane, Mooney starred with yet another fifty as the Brisbane Heat won their second consecutive Women's Big Bash League title with a commanding six-wicket win against the Adelaide Strikers on Sunday. Adelaide Strikers would be cursing their middle order collapse after Brisbane Heat inserted them in on a flat deck and despite Amanda-Jade Wellington's rearguard 55, the target was easily chaseable made all the more easy by the power-packed Brisbane Heat line-up.

Adelaide Strikers got off to the worst possible start when they lost their key player in Sophie Devine cheaply for 5 with Georgia Prestwidge taking the catch. Suzie Bates, the skipper and Tahlia McGrath looked to steady the innings and they started the revival. McGrath was the aggressor when she smashed a six off Prestwidge and a four off Grace Harris. The runs continued to flow when McGrath went after Sammy Jo-Johnson with two boundaries. Looking at McGrath's aggression, Bates joined in the fun with a big six over long on off Jess Jonassen and the fifty-run stand came up in quick time. However, Brisbane Heat pulled things back in the middle overs with a flurry of wickets.

Johnson got the wicket fo the dangerous McGrath and things went from bad to worse when Amelia Kerr sent back Bates for 27. The run-rate dropped and momentum was with Brisbane Heat and it became even better when Jonassen sent back Katie Mack. Wellington started well with a couple of boundaries as she benefited from a missed stumping. When Prestwidge sent back Bridget Patterson for 12, Adelaide Strikers lost four wickets for 29 runs. 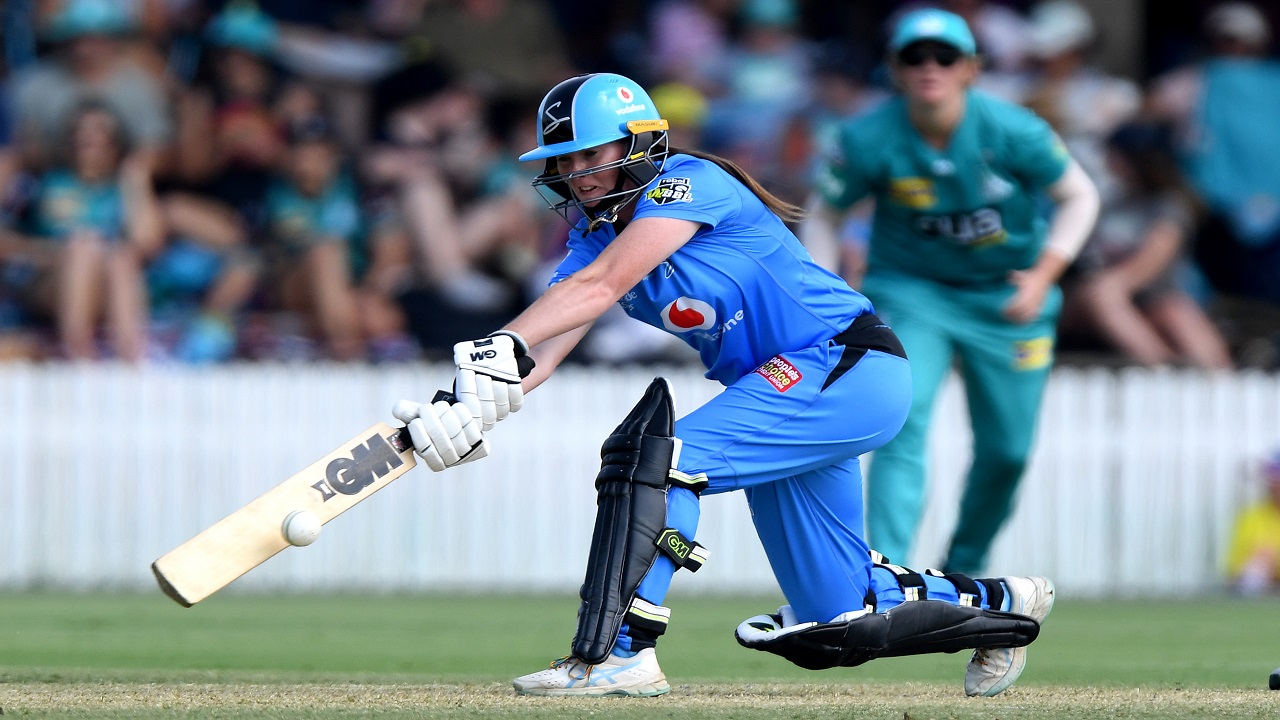 Tegan McPharlin gave Wellington good company and in the 16th over, Wellington launched Delisa Kimmince for two fours as the bowler leaked 15 runs in the over. Wellington continued the onslaught by smashing three consecutive fours off Jonassen as the partnership went past fifty and despite losing McPharlin after a 56-run stand, Wellington reached her fifty with two fours off Kimmince as Adelaide Strikers ended on 161/7.

Mooney On The Money

Mooney started the chase brilliantly with a couple of boundaries off Megan Schutt in the first over. Adelaide Strikers did not make life easy for themselves when McGrath dropped Maddy Green off Schutt on 8. However, McGrath made amends by getting rid of Green but Johnson stepped up to the plate by smashing four sixes off Sophie Devine in the fifth over but Devine removed Johnson for a whirlwind 27 off 11 balls as Brisbane Heat finished with 59 runs off six overs. In the middle overs, Mooney played the anchor role as Brisbane Heat made good progress. Jonassen smashed two consecutive fours off Wellington and Adelaide Strikers continued to have a bad day in the field, with Jonassen gtting dropped by Wellington off Devine. 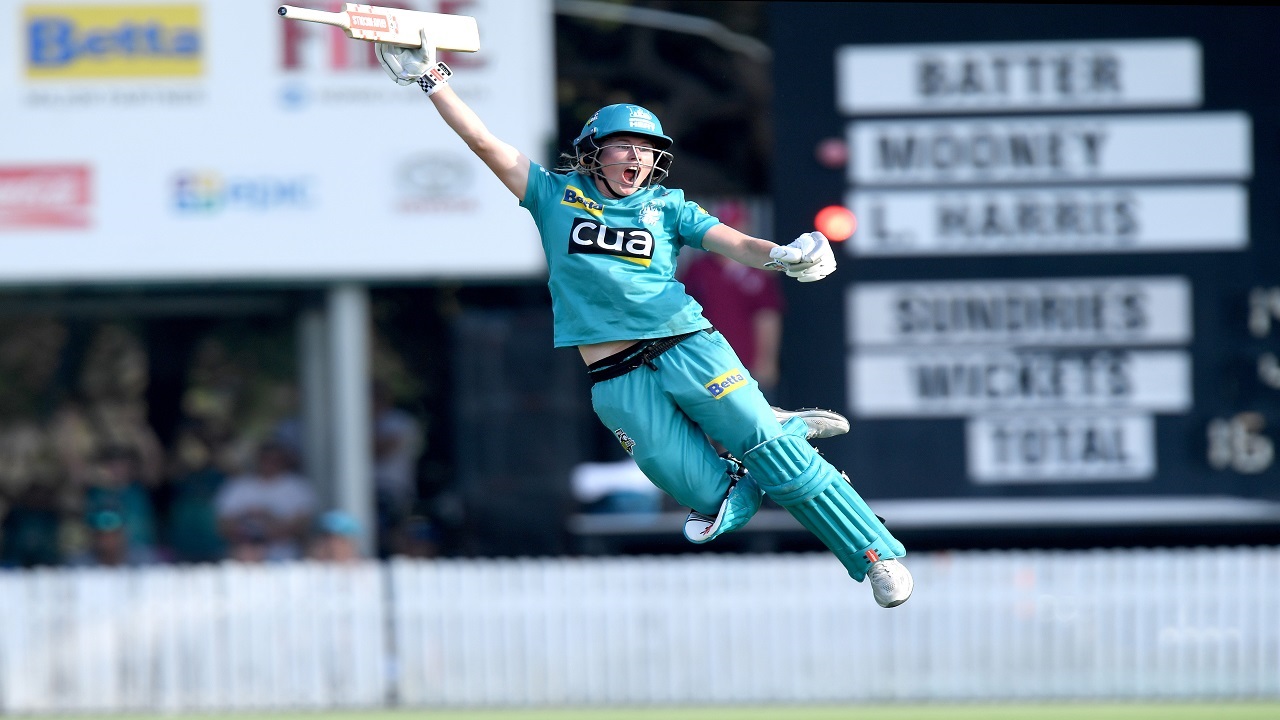 Brisbane Heat made them pay with Jonassen smashing two fours as they crossed 100. Adelaide Strikers looked to fightback when Sarah Coyte dismissed Jonassen to end the 67-run stand. When McGrath sent back Grace Harris, Brisbane Heat needed 28 off 28 balls but Laura Harris killed the contest with three boundaries as 15 runs came off the 16th over. Mooney reached her fifty and Laura Harris ended the match in style by flicking Bates to short midwicket for a single and Brisbane Heat became the champions for the second time.

Speaking after the match, Mooney credited Brisbane Heat skipper Kirby Short for the title. "A lot of credit goes to Kirby Short, the way she has led this side. She's been in talks with various leadership mentors and worked really close with them," Mooney said.

Short, in response, said staying calm in a tough situation was key to success. "The word is belief. When you've been in tight situations, you learn how to win ugly. We have won a lot of games ugly this year. That allows you to have the belief that you can. Being in those moments allows you to succeed in most moments," Short said.