Argentina were missing the suspended Lionel Messi and other European-based stars including Sergio Aguero and Angel Di Maria.

Argentina and Chile ground out a 0-0 draw on Thursday in a niggly friendly international between the two South American rivals. Argentina, missing the suspended Lionel Messi and several other European-based stars including Sergio Aguero and Angel Di Maria, enjoyed the better chances but were unable to find a goal in front of a sparsely populated Los Angeles Memorial Coliseum. Chile, with Alexis Sanchez leading their attack, were similarly uninspired in front of goal.

Thursday's game was the latest instalment of an increasingly bitter rivalry between the two sides who met in both the 2015 and 2016 Copa America finals, won by Chile on each occasion. The two sides also faced off in this year's Copa, with Argentina winning a third-place play-off.

The intense rivalry was evident throughout, with US referee Jair Marrufo showing no fewer than 10 yellow cards in an often ill-tempered contest.

Chile midfielder Charles Aranguiz was lucky to stay on the pitch after picking up an early booking and then committing a brutal stamp on Tottenham Hotspur's Giovani Lo Celso in the first half.

Marrufo had brandished his yellow card three times within the first 15 minutes, cautioning Paris Saint-Germain midfielder Leandro Paredes in the sixth minute for a rugged tackle on Sanchez.

Aranguiz got Chile's retaliation in moments later, flattening Rodrigo De Paul to earn a yellow card before later flying in on Lo Celso.

Argentina came closest to breaking the deadlock on 23 minutes, Lo Celso releasing Lautaro Martinez on the edge of the area who teed up Paulo Dybala for a shot that was superbly saved by Chile's Manchester City reserve goalkeeper Claudio Bravo.

Chile's best chance of the half came five minutes from half-time, with Aranguiz forcing a save from Porto goalkeeper Agustin Marchesin.

Chile then missed a golden chance to go in front when Eduardo Vargas cut back to find Cesar Pinares only for the midfielder's shot to clip the top of the bar.

The game deteriorated thereafter with both teams making a flurry of substitutions and the play often interrupted by fouls.

Quarta missed the chance to give Argentina a late winner, causing problems with his aerial power.

Once again though the centre-half was left frustrated, his header from hitting the bar. 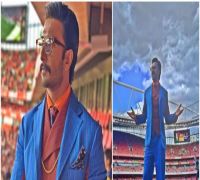 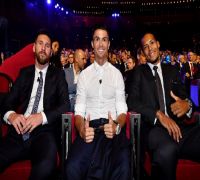 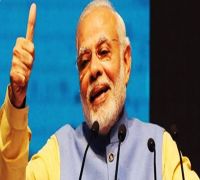