The Premier League Was Thrown Into Chaos On Thursday As Arsenal Manager Mikel Arteta And Chelsea Winger Callum Hudson-Odoi Both Contracted The New Coronavirus, Leaving At Least One Game Postponed And Other Fixtures In Doubt

Callum Hudson-Odoi, 19, is the first Premier League player confirmed to have the virus. He displayed cold symptoms on Monday morning and has stayed away from the club since then. (Photo Credit: Getty Images)

The Premier League was thrown into chaos on Thursday as Arsenal manager Mikel Arteta and Chelsea winger Callum Hudson-Odoi both contracted the new coronavirus, leaving at least one game postponed and other fixtures in doubt. Arsenal's match at Brighton was put on hold after Arteta's diagnosis sent the London club into lockdown, while Chelsea's players and coaching staff were also ordered into isolation. Chelsea said they would discuss their upcoming games, starting with Sunday's trip to Aston Villa, with Premier League officials. The league will hold emergency talks on Friday "regarding future fixtures" in light of the coronavirus, which has shut down football and other sports around the world.

Hudson-Odoi, 19, is the first Premier League player confirmed to have the virus. He displayed cold symptoms on Monday morning and has stayed away from the club since then. "Chelsea personnel who had recent close contact with the player in the men's team building will now self-isolate in line with government health guidelines," a club statement said. "These will include initially the full men's team squad, coaching staff and a number of backroom staff."

Arsenal's training ground has been closed and their players and staff have gone into self-isolation following Arteta's positive test. "This is really disappointing but I took the test after feeling poorly. I will be at work as soon as I'm allowed," Arteta said. There are over 590 confirmed cases of the virus in Britain and 10 people have died from it so far. British Prime Minister Boris Johnson had said the government was "considering the question of banning major public events such as sporting fixtures", but was not ready to do so yet. But Arteta and Hudson-Odoi's illnesses could force the Premier League's hand and lead to the cancellation of matches this weekend and possibly into the future.

Arsenal and Chelsea are not the only top-flight clubs affected by the virus. Leicester, scheduled to play at Watford on Saturday, said on Thursday that three of their players have shown symptoms and are self-isolating as a precaution. The Foxes said the unnamed trio had "presented with extremely mild illness" in recent days. "We've had a few players that have shown symptoms and signs," Leicester manager Brendan Rodgers said. "We've followed procedure and they have been kept away at this moment from the rest of the squad and then we'll see how that develops." 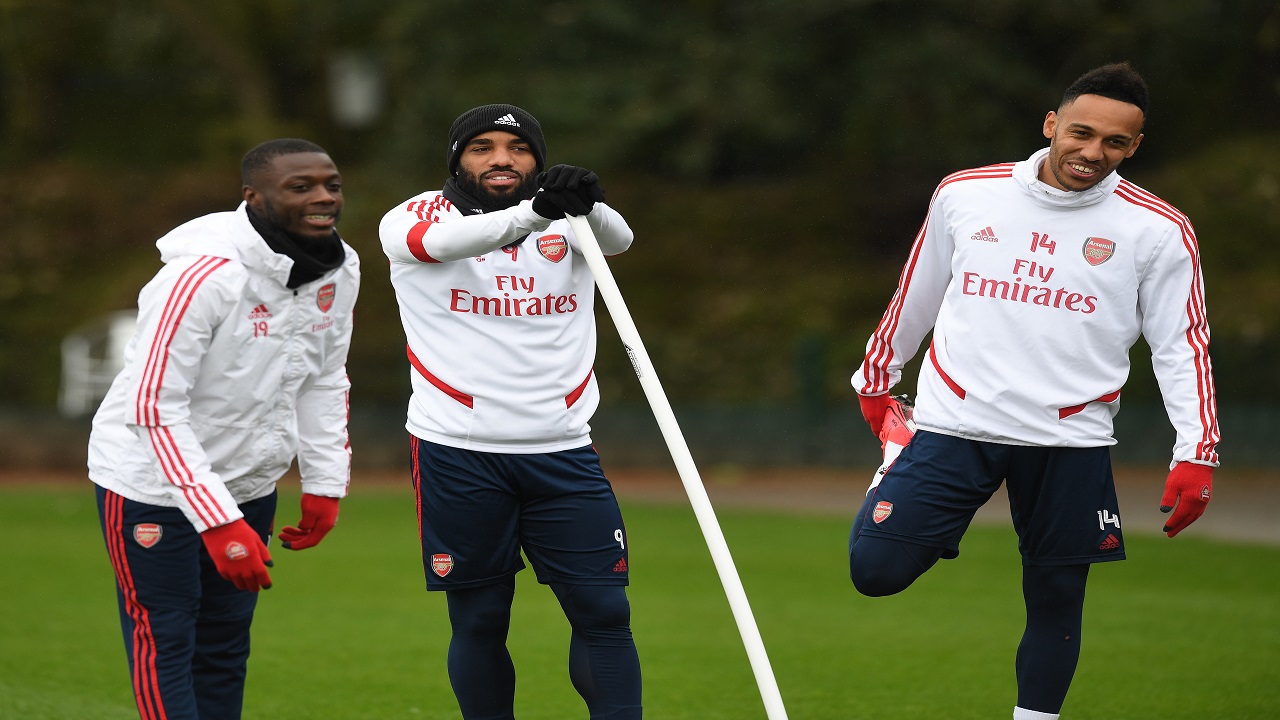 Arsenal's training ground has been closed and their players and staff have gone into self-isolation following Arteta's positive test. (Image credit: Getty Images)

Manchester City said one unnamed member of their squad, reportedly France defender Benjamin Mendy, is in self-isolation after a family member suffered a respiratory illness. The relative is being treated in hospital and has undergone tests for the coronavirus, which can cause shortness of breath. It is a similar picture across the continent. In Italy, Europe's worst-hit country, Serie A has suspended matches until at least April 3 and Juventus defender Daniele Rugani has been quarantined.

City's Champions League last 16 second leg meeting with Real Madrid, set for Tuesday, has been postponed after one of the Spanish club's basketball players tested positive for the virus. All French Ligue 1 matches will be held behind closed doors until April 15, the next two La Liga match days have been suspended and this weekend's Bundesliga fixtures will also go ahead without watching fans. UEFA, European football's governing body, will consider whether to postpone the Champions League and Euro 2020 at a meeting next week.

Arsenal's league match at Manchester City last Wednesday was postponed and several Gunners players went into self-isolation after Olympiakos and Nottingham Forest owner Evangelos Marinakis contracted the virus. Marinakis, 52, met Arsenal players and staff when the Gunners faced Olympiakos in a Europa League tie in February. If the Premier League does decide to play on, Liverpool could be crowned champions on Monday. If-second placed City lose to Burnley, then Liverpool will win the title for the first time in 30 years if they beat Everton in the Merseyside derby at Goodison Park.