Gurpreet Singh, the Indian goalkeeper who was the star for the side, kept AFC champions Qatar at bay as they secured a 0-0 draw in the FIFA World Cup Round 2 qualifying match in Doha.

Star goalkeeper Gurpreet Singh believes anything is possible in football after a gritty India held Asian champions Qatar to a goalless draw in a FIFA World Cup Round 2 qualifying match in Doha. Despite playing without their talismanic captain Sunil Chhetri, who was laid low by fever, the young Indians denied Qatar, who won the Asian Cup title in January, any goal despite the home side managing more than a dozen shots on target on Tuesday night.

A gritty India survived waves of attacks from Qatar to hold the reigning Asian champions to a goal-less draw to steal an unexpected point. Despite playing without their talismanic captain Sunil Chhetri who was laid low by fever, the young Indians denied Qatar, who won the Asian Cup title in January, any goal despite the home side having more than one dozen shots on target. It was, no doubt, one of the best results by India in recent times.  India, who had suffered a heartbreaking 1-2 loss to Oman in their opening match on September 5 in Guwahati, now have one point from two matches while Qatar have four points as they had beaten Afghanistan 6-0 in their first match. The two sides had played just one official senior match before Tuesday and Qatar had won 6-0 in September 2007 in the 2010 World Cup qualifiers. India next play Bangladesh on October 15 in Kolkata. It was a completely one-sided match with Qatar doing all the attack and the Indians defending in their half for most part of the match.

"I feel extremely proud of the team for our performance against Qatar," said Gurpreet, who also worn the captain's armband in the absence Chhetri.  "The team-effort helped us achieve the result. It will help us immensely in the qualifiers. We have played just two matches, and we have played well, that too against two powerful teams. It gives us that added motivation and confidence that in football, anything is possible," he added.

Custodian Gurpreet, who was unbeatable under the Indian bar, credited the entire team for stealing an unexpected point from the away match. "Everyone played their hearts out, and gave everything out on the pitch. That enabled us to come back to the dressing room, satisfied, and with a very crucial point," he said.

Also Read | Indian football progressed well in past 10 years but still lot of up catch-up to do: Sunil Chhetri

Following a heartbreaking 1-2 loss against Oman in Guwahati five days ago, the draw earned India their first point in the ongoing qualifiers. While Qatar are still leading the pack with four points from two matches, India are currently at the fourth spot with one point from two matches.

Gurpreet also thanked the Indian fans, who had turned up in large numbers. "It was like playing at home away from home. The support was incredible. They spurred us on, cheering us all throughout," he said. India will host Bangladesh in their next match of the qualifiers on October 15. 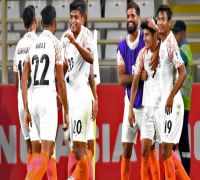 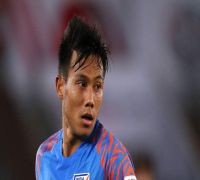 India football team's performance can only go up: Udanta Singh 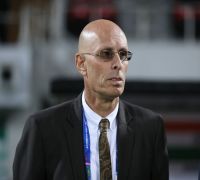