Leicester City went into the Premier League record books on Friday with a 9-0 hammering of Southampton that equalled the biggest ever win in the history of the division with Ayoze Perez and Jamie Vardy both hitting hat-tricks as Brendan Rodgers' side moved to second. 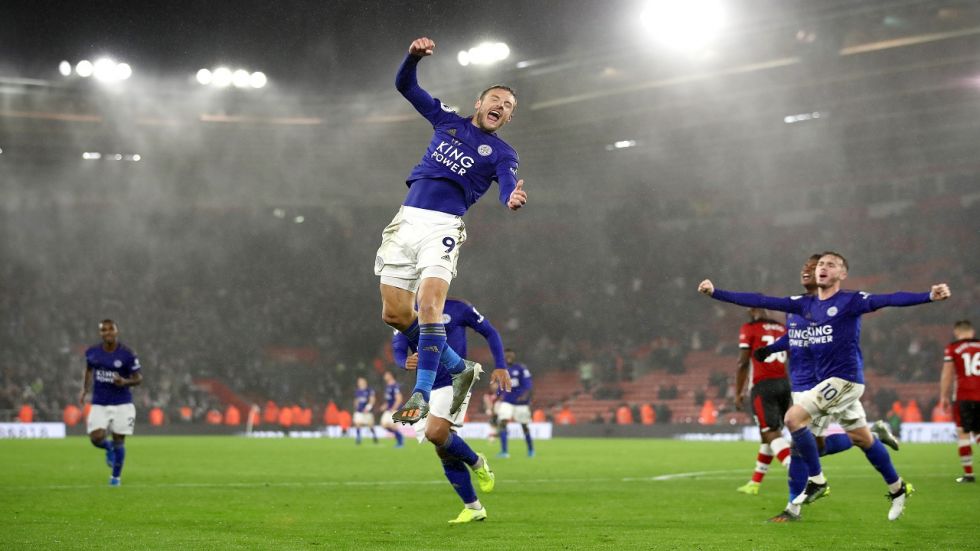 Jamie Vardy and Ayoze Perez scored hat-tricks as Leicester City equalled the biggest win in the history of the Premier League with a 9-0 win against Southampton. (Photo Credit : Getty Images )

Leicester City went into the Premier League record books on Friday with a 9-0 hammering of Southampton that equalled the biggest ever win in the history of the division. Ayoze Perez and Jamie Vardy both hit hat-tricks as Brendan Rodgers' side moved second with a huge win that continued their superb start to the season. The rout equalled Manchester United's 9-0 demolition of Ipswich at Old Trafford in March 1995. Leicester are just five points behind league leaders Liverpool, who host Tottenham Hotspur on Sunday, after a historic display that sank the Saints, who drop into the relegation zone on goal difference, at a soaking wet St Mary's Stadium.

However, despite the massive margin of victory they can still be caught by reigning champions Manchester City, who will retake second spot should they win as expected against Aston Villa on Saturday.  "We said at half time, keep your speed in the game and we have to punish them," said Rodgers. "This is part of our education. We have to come out of the boy zone and play like men and respect the game. They are very talented and learning to be ruthless."

Ben Chilwell began the destruction in the 10th minute when he tapped in on the rebound, and Ryan Bertrand's red card -- awarded via VAR for a late tackle on Ayoze Perez in the build-up to the opener -- helped the away side open the floodgates. Quickfire strikes from Youri Tielemans and Perez put Leicester three goals to the good with less than 20 minutes gone amid a downpour on the south coast. Perez struck again seven minutes before the break from a Chilwell cross to make it four before Vardy scored his first of the evening as Leicester racked up five goals in the first half of a league match for the first time since 1984.

It was also the first time that a side had crashed home that many goals in the opening period of a Premier League game since Manchester City beat Burnley 6-1 in April 2010. That didn't stop Leicester from raining down goals on Southampton however, with two coming within a minute just before the hour mark. First Perez completed his treble after collecting Hervey Barnes' superb lofted through ball in the 57th minute, and Vardy headed home from another precise Chilwell cross seconds later. James Maddison made it a record-breaking away scoreline with five minutes remaining when he swung home a perfect free-kick that zipped past the desperate Angus Gunn.

And Vardy sealed Leicester's place in the record books with his ninth of the season deep into stoppage, firing home a penalty that also took him top of the Premier League scoring charts with nine goals after he was brought down by Jan Bednarek. "It was an embarrassing performance, the stuff of nightmare and especially playing at home," Saints' Nathan Redmond told Sky Sports. 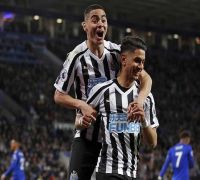 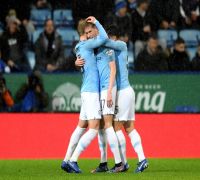 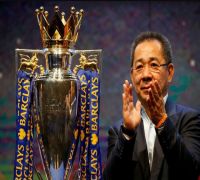