Messi looms for Liverpool, but Cardiff on Klopp's mind for now

Jurgen Klopp might be steeling himself for some sleepless nights as he tries to work out how to stop Lionel Messi, but for now the German can be delighted at seeing his Liverpool side extend their outstanding record in European ties under his management.

Jurgen Klopp might be steeling himself for some sleepless nights as he tries to work out how to stop Lionel Messi, but for now the German can be delighted at seeing his Liverpool side extend their outstanding record in European ties under his management. Having won 2-0 at home in the first leg, Liverpool always knew that an early away goal in the second leg of their quarter-final against FC Porto at the Estadio do Dragao would effectively kill the tie.

So it proved, as after surviving a barrage of early pressure in northern Portugal on Wednesday, Sadio Mane's 26th-minute strike broke Porto hearts and set Liverpool on their way to a 4-1 win on the night.Having won 3-1 at Bayern Munich in the last round, here was another statement away victory for the Anfield club after they lost all three matches on the road in the group stage.

Klopp remains unbeaten after 10 two-legged European ties as Liverpool manager, with two coming against Porto.He has only been stopped in finals, against Sevilla in the Europa League in 2016 and Real Madrid in last season's Champions League."I know people like to be disrespectful to a team like Porto, but we knew how difficult it is and we won 2-0 at home, it was deserved, and here anything could have happened," Klopp said. 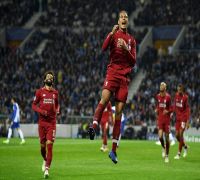 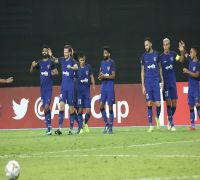 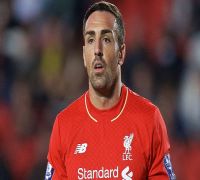 "We dealt really well with it. In the quarter-finals there are only unbelievably strong teams."The former Borussia Dortmund boss knows the same applies in the semi-finals, where last year's runners-up face the daunting prospect of Messi and Barcelona.Having been at home first against Bayern and Porto, the Reds will head to the Camp Nou for the first leg on May 1.

It is six years since Barca lost at home in the Champions League, but Liverpool need to ensure they remain in the tie before the return at Anfield on May 7. "It is our dream. Every single player wants to play this kind of game in their lives," admitted Mane, yet Klopp will have to come up with a plan to deal with the brilliant Messi. "Thank God I don't have to think about that tonight," Klopp joked on Wednesday. "I have a few more nights to think about that. Everybody tried it so far and nobody can do it. "We still will try it. We are looking forward to it but we have so many jobs to do before we meet Barcelona. Let's first play these games and then let's prepare Barcelona."