Sadio Mane, The Liverpool Star From Senegal, Has Given The World A Lesson In Modesty After Some Fans Spotted Him Carrying A Cracked Iphone While Preparing For A Game In The Premier League

Sadio Mane has been the key for Liverpool as Jurgen Klopp's side have not lost a Premier League game this season, winning 19 and drawing just one. (Photo Credit: Getty Images)

Sadio Mane is one of the superstars in the Liverpool team. His presence and exploits have seen Jurgen Klopp's side at the top of the Premier League table and they are on course to break their 30-year title jinx. Mane earns approximately 10.2 million dollars annually and is one of the top footballers in the world. However, recently, there was one photo uploaded by Mane which broke the hearts of many fans. In the photo, some spotted Mane carrying a cracked Iphone 11. Many fans were flummoxed as to why Mane is not buying a new Iphone. Some joked that he can at least but a new screenguard. However, it is now revealed why Mane is carrying the cracked Iphone. His response is now winning the internet and it has given many fans a taste of how humble and modest the Senegalese forward is.

In an interview with TeleDakar in October 2019, Mane had outlined that his major goal after becoming one of the top players was to help people. "Why would I want ten Ferraris, 20 diamond watches and two jet planes? What would that do for the world? I starved, I worked in the fields, I played barefoot, and I didn't go to school. Now I can help people. I prefer to build schools and give poor people food or clothing. I have built schools [and] a stadium; we provide clothes, shoes, and food for people in extreme poverty. In addition, I give 70 euros per month to all people from a very poor Senegalese region in order to contribute to their family economy. I do not need to display luxury cars, luxury homes, trips, and even planes. I prefer that my people receive a little of what life has given me," Mane said. 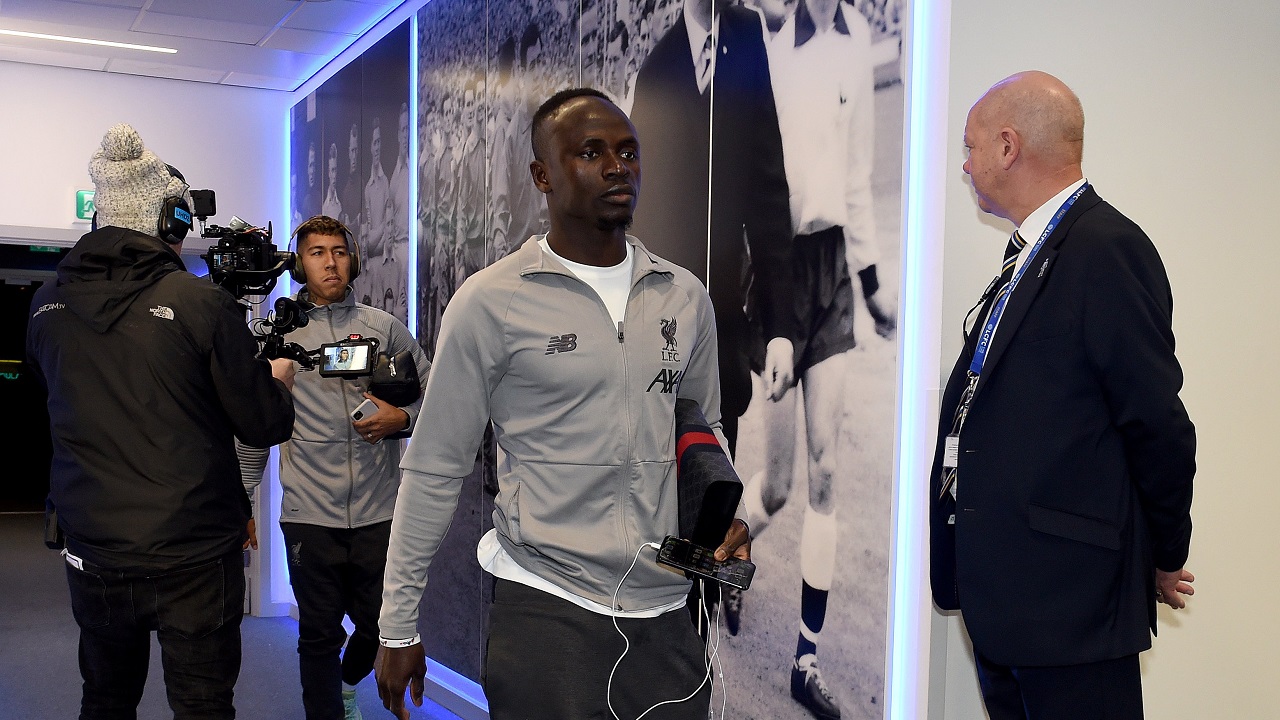 Sadio Mane earns close to USD 10.2 million per annum and is one of the stars for Liverpool. (Image credit: Liverpool Twitter)

In the same interview, Mane revealed that the Iphone 11 is a gift from his dear friend Gini Wijnaldum, a Dutch football player. Although Mane is more than capable of buying a new Iphone, he chose to honour friendship.

Mane The Toast Of Africa

Mane is currently the toast of Senegal after winning Africa's top football prize was scuppered Wednesday when problems with overflight permission in Tunisia grounded his jet. Senegal's capital Dakar had readied celebrations for the 27-year old, who was crowned Africa's 2019 Player of the Year in Egypt on Tuesday. The first Senegalese player to win the prize since 2002, Mane was meant to land to crowds of supporters in Dakar, followed by a parade and a ceremony with the president.

But the festivities were called off on Wednesday after a delay in receiving overflight permission from Tunisian authorities, said Bakary Cisse, an official in Mane's entourage. Liverpool have yet to be beaten this season, with 19 victories and one draw. An official close to Senegalese political circles told AFP the visit had not been cancelled, but rather delayed by several days.

Praise for Mane flooded in across Senegal on Tuesday, while images of celebrations in his native village of Bambali, in the south of the country, circulated on social media. Senegalese President Macky Sall tweeted that Mane's win was a "marvellous feat" that deserved being heralded as an example for young people. The player has had a successful year both with Liverpool -- with whom he won the Champions League and the Club World Cup -- and with the Senegal squad.