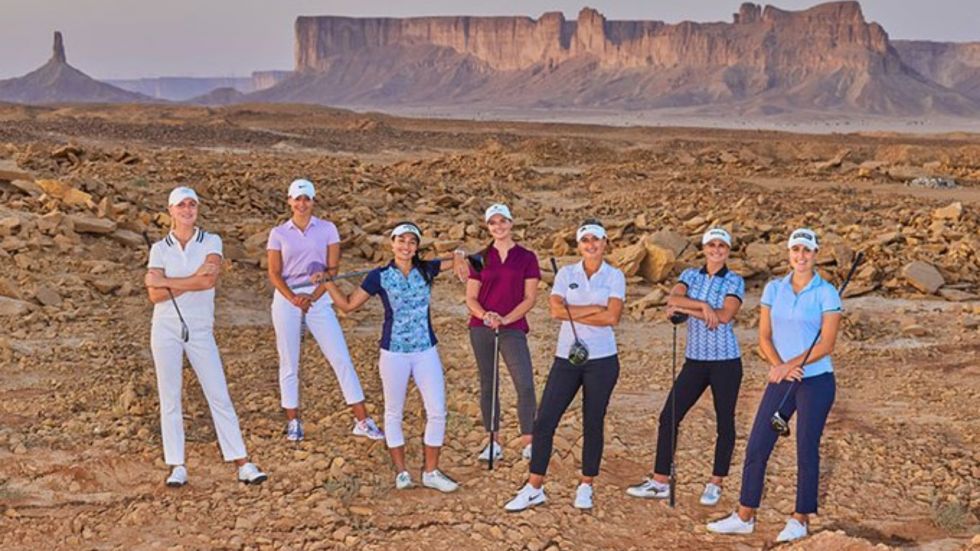 Sport has been used by the authorities to try and soften the country's hardline image. (Photo Credit : Ladies European Tour/Twitter )

Saudi Arabia will host its first professional women's golf tournament in 2020 with a prize fund of USD 1 million, the Ladies European Tour (LET) announced. The Jeddah Royal Greens Golf and Country Club will stage the March 19-22 tournament, featuring three-time Tour winner Carly Booth. Booth and four of her fellow professionals have agreed to act as ambassadors for the tournament despite the divisive issue of women's rights in the conservative kingdom. "I'm looking forward to being part of history with the other ladies on the tour," said 27-year-old Booth. "I have visited Saudi Arabia on a number of occasions and been lucky enough to spend some time teaching local women and girls how to play."

The men's European Tour made its first foray into Saudi Arabia this year. However, superstars Tiger Woods and Rory McIlroy have both refused to play in the 2020 edition. McIlroy, who was reportedly offered USD 2.5 million, hinted in a Golf Channel interview earlier this week that "morality" had influenced his decision.

"100%, there's a morality to it as well," McIlroy said of the Saudi International taking place in January next year. "You could say that about so many countries, not just Saudi Arabia, but a lot of countries that we play in that there's a reason not to go, but for me, I just don't want to go."

His reforms include the much-celebrated decision allowing women to drive in June last year, allowing women to attend soccer games alongside men and take on jobs that once fell outside the narrow confines of traditional gender roles. Earlier this week, restaurants and cafes were told they were no longer required to have gender-segregated entrances.

Sport has been used by the authorities to try and soften the country's hardline image. Only last week, Anthony Joshua and Andy Ruiz fought for the world heavyweight boxing title while earlier this year, women's wrestling -- somewhat toned down from its usual razzmatazz -- made its debut.