Kapil Dev’s Indian cricket team announced themselves on the world stage in grand style by beating the almighty West Indies in a low-scoring final in Lord’s to give a boost to the sport.

In two World Cups in 1975 and 1979, India had won just one game and that too against East Africa. Heading into the third edition of the 1983 World Cup in England, expectations were still low. India was given a 33-1 chance of winning the World Cup. However, Kapil Dev and his bunch of men proceeded to change their fortunes in such a dramatic manner that 1983 became a year when Indian cricket announced their arrival grandly on the world stage and they did it in stunning style by beating the rampaging West Indies team. However, the foundation of India’s win was laid in their opening game of the tournament when they squared off against the West Indies.

In the first match at Old Trafford, India got a huge monkey off their back by beating West Indies by 34 runs. After losing by 162 runs to Australia, India was in big trouble at 17/5 against Zimbabwe. However, Kapil Dev’s majestic 175, hailed as the best innings played at that time, helped India turn the table spectacularly as they defeated Zimbabwe by 31 runs. Unfortunately, the match was not telecast as the BBC were on strike. India secured their first win against Australia by registering a 118-run win at Chelmsford. 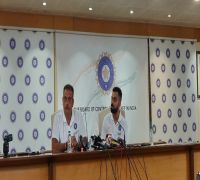 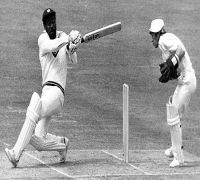 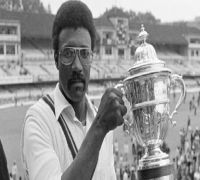 1975 World Cup: The start of the West Indies domination

West Indies struck at regular intervals and despite Kris Srikkanth’s attacking 38 and a solid knock from Mohinder Amarnath and contributions from the tail, India could manage just 183 runs. In response, Viv Richards started off like a train and his 33 off 27 balls put West Indies on course for a hat-trick of wins. However, Richards top-edged a pull off Madan Lal and Kapil Dev ran back from square leg to take a catch close to the boundary. That wicket galvanised India and Madan Lal, along with Amarnath took six wickets between them as West Indies collapsed to give India a 43-run win and their first World Cup title.

For Indian cricket fans, June 25, 1983, will forever be remembered as the day cricket would be worshipped by a billion people. It all began on that glorious day in Lord’s.