Hamid Hassan, the Afghanistan pace bowler, has returned to the side for the ICC Cricket World Cup 2019 after a three year gap and the side will be led by Gulbadin Naib.

Hamid Hassan, the Afghanistan pace bowler who last played an ODI in 2016, has been included in the 15-man squad for the upcoming ICC Cricket World Cup 2019 which will be held in England. Hassan, who last played an ODI in 2016 and a Twenty20 in the same year, has not even played domestic cricket for Afghanistan for the last two years having last played a First Class game for Band-e-Amir against Speen Ghar in Amanullah. The squad will be led by Gulbadin Naib, who replaced Asghar Afghan as skipper just a couple of months ago which led to heavy criticism from some Afghanistan cricket stars. 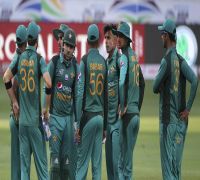 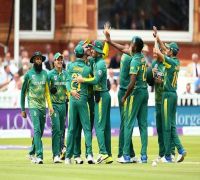 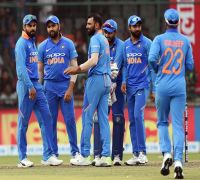 The squad, however, sees the omission of Shapoor Zadran, the left-arm pace bowler. Zadran had played a starring role with the bat coming in at No.11 when he gave Afghanistan a thrilling one-wicket win against Scotland at the University Oval in Dunedin during the 2015 ICC Cricket World Cup. Speaking about the selection of the squad, Afghanistan chief selector, Dawlat Khan Ahmadzai said in a statement, "Luckily for us, the comeback of senior fast bowler Hamid Hassan is good news. However, we will take into account his form and fitness during upcoming practice matches. As chief selector, It is my duty to select a competitive team. However, there were some challenges that we needed to handle. We selected the best squad considering factors such as experience, fitness, team balance, current form and conditions," Ahmadzai said.

Afghanistan will open their 2019 World Cup campaign against Australia on June 1 at the Bristol County Ground. Afghanistan qualified for the 2019 World Cup by reaching the final of the ICC World Cup qualifiers held in Zimbabwe in 2018 and they defeated West Indies. Recently, Afghanistan won a Test match against Ireland, having gained promotion into Test cricket in 2018.