The Indian skipper Virat Kohli along with the Head Coach Ravi Shastri addressed the media ahead of the departure for the ICC Cricket World Cup 2019 which is scheduled to begin on May 30.

It will be the most challenging World Cup, says Virat Kohli in pre-departure press conference
HIGHLIGHTS

The Indian skipper Virat Kohli along with the Head Coach Ravi Shastri addressed the media ahead of the departure for the ICC Cricket World Cup 2019 which is scheduled to begin on May 30. Indian skipper focused on the importance of the two wrist spinners (Yuzvendra Chahal and Kuldeep Yadav) and also spoke about the preparations for the game against Pakistan. Virat Kohli will lead Indian team into the World Cup for the first time.

"Kuldeep Yadav has had time to reflect and time to correct things entering the World Cup. Kuldeep and Yuzvendra Chahal are the two pillars for the World Cup. We were not worried about Kedar Jadhav. A team that does well in the World Cup is one that can handle the pressure well," he said.

Before starting their World Cup campaign, India will play two warm-up games against New Zealand and Bangladesh. The first league game is scheduled to be played against South Africa on June 5 at Rose Bowl in Southampton. When asked, whether the upcoming World Cup challenging, Virat said, "It is the most challenging World Cup of all the three I've attended so far. Any team can upset any side on their day. That's one thing that we have in mind." 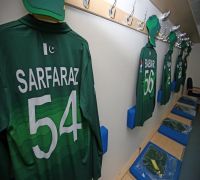 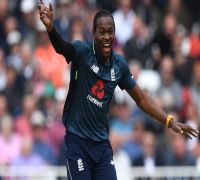 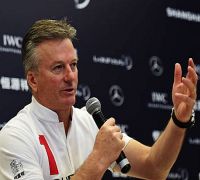 Ravi Shastri, on the other hand, focuses on the approach with which Indian team will play and said, "As far as this tournament is concerned, it's an opportunity. This team has played brilliant cricket over the last five years. The most important thing is to get out there and enjoy the World Cup. If you play to your potential, the cup might be here."

"Our mantra will be to be flexible according to conditions. Anywhere else in the world, overcast conditions don't matter much, but in England it does. So you've got to be ready for that," he added.

Speaking about the importance of MS Dhoni, Ravi said, "Mahendra Singh Dhoni is someone who'll be right there. His communication with Virat has been fantastic. No one better than him when it comes to keeping. Great to see the way he was moving in this IPL. He will be a big player in this World Cup."

The all-important clash against the arch-rival Pakistan is scheduled to happen on June 16 and when Virat was asked about that particular game, he said, "If we keep focusing individually on every team, we won't be able to focus on our campaign."