The old familiar feeling of domination is back, says Allan Border

The come from behind win against New Zealand has made Australia look like the all-conquering team of the past, says former captain Allan Border.

Australia won seven out of eight game in the tournament (Image Credit: Twitter)

The come from behind win against New Zealand has made Australia look like the all-conquering team of the past, says former captain Allan Border. Australia were under the pump against New Zealand after opting to bat at Lord's here on Saturday, losing their heavyweights Aaron Finch, David Warner and Steve Smith cheaply to be 46 for three. Yet, like the Australian teams of the past, they found a way to bounce back to post a challenging 243 for nine before Mitchell Starc ran through the New Zealand batting to fashion an 86-run win. Even Trent Boult's brilliant hat-trick did not do it for the Black Caps.

"After a gentle start, Australia now look the real deal and the win against New Zealand has brought back that old familiar feeling that often leads to a World Cup trophy," Border wrote in his column for the ICC."This was a very impressive win because they did it the hard way. In this tournament, they have relied on Aaron Finch, David Warner and Steve Smith at the top of the order to get runs but all of a sudden, they had to dig deep - and to come through that is a very good sign.

"He was all praise wicketkeeper batsman Alex Carey who made 71 off 72 balls in trying conditions."He looked like he was batting on a different surface to everyone else out there. He struck the ball beautifully on both sides of the wicket and hit some nice cover drives, which we did not see much of from anyone else. "He is without doubt my man of the match because, without him, Australia would not have got 150.

He has turned a few heads in this tournament with his reliable performances. There were a lot of doubts before, critics asking if he was truly our best option. Should we have gone for Matty Wade or Tim Paine? "But he has grown in confidence and it has been nice to watch." Another stand-out performer was Starc who produced another match-winning performance.

"You would have to pick him in your all-time Australia ODI side because of what he does in the big games. There are lots of other options out there but in the big games, he stands up. "He has come to the boil at the perfect time and Australia now look a strong contender to win it, which is unbelievable when you look at how they were struggling six months ago."

Australia might be Border's favourites to go all the way but he is not writing off India and England."I am really confident with where this team is at. India and England demand massive respect too and you can never count your chickens - but that old familiar feeling is definitely back," he added. 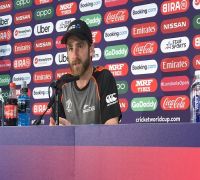 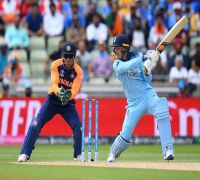 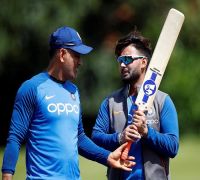