Having won five of their opening seven games with one game being washed out and team suffering heavy defeat in other, India is in pole position to make it to the semi-final of the World Cup 2019.

Having won five of their opening seven games with one game being washed out and team suffering heavy defeat in other, India are in pole position to make it to the semi-final of the World Cup 2019. Only Australia have secured their spot in the last four for the time being while the other three spots are still up for grabs. With a commendable 11 points from possible 12, India are all but sure of progressing ahead. The Men in Blue just need a solitary point to seal their place in the knockout stage of the competition.

India were thrashed England in their previous outing which has asked them to go through a steep speed breaker in their journey of 2019 World Cup. It was thorough domination by the host which displaced India from being unbeaten. In the encounter, Rohit Sharma blasted his 25th century and had shared a brilliant 138-run stand with Virat Kohli. The Indian cricket team skipper is considered the ultimate chase master as the team looked to achieve the highest run-chase in World Cup history. Kohli had created a record by smashing his fifth consecutive fifty. However, Liam Plunkett managed to get Kohli driving loosely to backward point as the skipper fell for 66. The 138-run stand had consumed 155 balls and India were playing catch-up in response to England’s massive score. Rishabh Pant and Hardik Pandya kept the fight alive but once Plunkett took both of them, India’s chase ended in a whimper and they lost by 31 runs.

With India set to play two more games, their progress to the knockouts is looking like just a mere formality. However, if things go horribly wrong for them, then they might fail to make it to the last four too. While the chances of that are very low, one just cannot bet against upsets in the game especially in a big tournament like the World Cup.

Here are the scenarios which can see India exit the competition at the group stage:

1. India need to lose all of their remaining league matches against Bangladesh and Sri Lanka by huge margins.

3. Bangladesh should win both their matches by huge margins so they can overtake India in terms of net run rate.

4. New Zealand must have a better net run-rate than India at the end of the group stage if they too finish on 11 points.

Disclaimer: Pakistan need to win against Bangladesh by a huge margin, if they are fancying their chances to qualify for semi-finals. 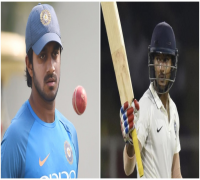 Vijay Shankar ruled out of World Cup 2019 due to toe injury, Mayank Agarwal likely to replace 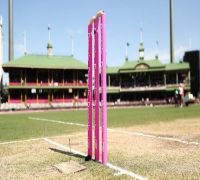 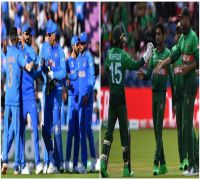 India vs Bangladesh Live Streaming Cricket: When and How to watch IND v BAN LIVE at Hotstar & Star Sports TV