Jasprit Bumrah showed his class and put in yet another display of brilliant death overs bowling as Mumbai Indians won by one run against Chennai Super Kings in IPL 2019 final.

Jasprit Bumrah did not concede a boundary in his entire spell as he won the Man of the Match in Mumbai Indians' fourth IPL title triumph. (Image credit: Twitter)
HIGHLIGHTS

Jasprit Bumrah is acknowledged as one of the best death overs bowlers in the world currently in the limited overs format. In the final, Bumrah put on a masterclass of bowling to rescue Mumbai Indians not once but twice. After Lasith Malinga conceded 20 runs, Bumrah conceded just four runs as the pressure came back on Chennai Super Kings. However, Shane Watson blasted three sixes off Krunal Pandya and the equation boiled down to 18 runs off 12 balls. Bumrah removed Dwayne Bravo for 15 and he had bowled five balls brilliantly. However, on the sixth ball, Bumrah bowled a short ball close to 150 kmph and it rose up and Quinton de Kock misfielded and conceded four byes.

In a situation like this, a bowler would be livid at the keeper but Bumrah just smiled and patted Quinton de Kock on the back. The calmness displayed by Bumrah was exemplary and Lasith Malinga redeemed himself with a stunning last over as Mumbai Indians won their fourth IPL title by beating Chennai Super Kings by one run. In his spell of 4-0-14-1, Bumrah did not concede a single boundary and it helped him win the Man of the Match award in the final. 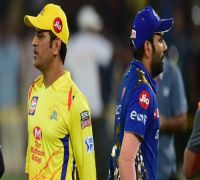 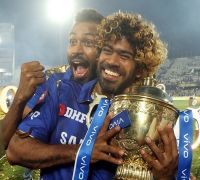 Speaking in the post-match presentation, Bumrah said he really felt calm during the match. “In the finals, we know that it can get close and winning the title with Mumbai Indians is a special feeling. Today, surprisingly, I was very calm, I wasn't panicking at all and very happy to contribute to the team's success. I only take one ball and one day at a time and if you think like that you don't feel pressure at all,” Bumrah said.

Even Sachin Tendulkar praised Bumrah for his efforts. “The key factor also was when Bumrah came and bowled those critical overs, especially after Malinga gave that expensive over. Even after that Krunal over that went for a lot of runs, Bumrah came in very hard,” Tendulkar said.