Mumbai Indians held their nerve and won a record fourth IPL title by beating Chennai Super Kings by one run in a nerve-wracking final at the Rajiv Gandhi International Stadium.

Shane Watson had blasted three consecutive sixes off Krunal Pandya to get the equation down to 18 of 12. Quinton de Kock missed a simple wicketkeeping chance and conceded four byes as Chennai Super Kings needed nine off the last over. Lasith Malinga, who had dropped Watson earlier and had a miserable day with the ball so far, was given the task of bowling the last over. Watson was run-out thanks to a superb throw from Krunal Pandya for 80. Chennai Super Kings needed two runs off the last ball and Shardul Thakur was on strike. Malinga, who had a poor IPL till now, produced a slow, dipping yorker which trapped Thakur in front. The celebrations started. Like in 2017, Mumbai Indians held their nerve in the last over and won by one run to clinch the IPL title for a record fourth time in a nerve-tingling IPL final at the Rajiv Gandhi International Stadium at Uppal on Sunday.

With this win, Mumbai Indians became the first team to win the title for the fourth time while they inflicted a fourth consecutive loss to Chennai Super Kings in this edition. For MS Dhoni, it was his sixth loss in the final having lost in 2017 at the same venue to the same team while playing for Rising Pune Supergiant. For Chennai Super Kings, this was their fifth loss in the final while Mumbai Indians’ odd run in the IPL continued, having won it in all odd years starting from 2013. 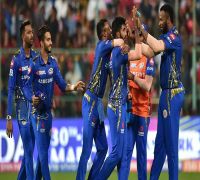 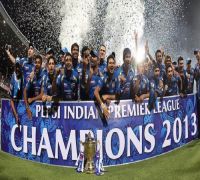 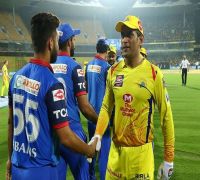 It was Watson who had kept Chennai Super Kings in the hunt. At the start, he played the sheet anchor to Faf du Plessis who blasted two fours and a six off Krunal Pandya before he was stumped for 26. The wicket of du Plessis resulted in a period when Watson was scoring freely but Suresh Raina struggled. The left-hander was troubled by the short ball and was given out to a bouncer from Mitchell McClenaghan but was overturned on review. However, after scratching around for 13 balls, Rahul Chahar got his wicket with a sharp leg break for 8.

Ambati Rayudu was also undone by a short ball from Jasprit Bumrah but it was the run-out of MS Dhoni that turned the match around. The third umpire took five minutes to make the decision after Ishan Kishan had scored a direct hit at the bowler’s end. Dhoni’s bat was on the line and the third umpire had a close look and after a long interval, giving the skipper the marching orders. Dwayne Bravo scratched around and with the asking rate reaching 12, the game was in Mumbai Indians’ grasp.

Bravo broke the shackles by whipping a six off Malinga while Watson responded with three consecutive fours to get the equation down to 38 of 18. Mumbai Indians’ fielding worsened as they missed chances with Rahul Chahar dropping a catch. Like he had done in the 2018 final against Sunrisers Hyderabad, Watson threatened to take the game away from Mumbai Indians but Mumbai Indians showed that they could still hold their nerve in a crucial situation after a rather inconsistent performance with the bat.

Rohit Sharma chose to bat and Quinton de Kock took charge by hammering three sixes off Deepak Chahar. However, towards the end of the powerplay, Mumbai Indians lost both de Kock and Rohit and they struggled to build momentum. Chennai Super Kings struck at regular intervals and in the middle overs, Imran Tahir was simply brilliant. With the wicket of Ishan Kishan, Tahir became the leading wicket-taker in the 2019 edition going past Kagiso Rabada.

Kieron Pollard and Hardik Pandya slammed a couple of sixes and in the last over, Mumbai Indians needed Pollard to come up with something special. There was a slight moment of controversy when the umpire refused to give a wide on the third ball bowled by Dwayne Bravo. Pollard, in a moment of anger, stepped right up to the tramline to take the strike and he was warned by the umpires. The warning only fired up Pollard who blasted two fours in the last two balls to boost them to 149/8.