Caster Semenya has hinted that she could quit the sport after winning the 800m in the Doha Diamond League over the rules governing testosterone levels. (Image credit: Twitter)
HIGHLIGHTS

Caster Semenya won the 800 metres at the Doha Diamond League meeting on Friday in her first race since losing her appeal over a controversial gender ruling, claiming "actions speak louder than words". The South African, a two-time Olympic champion, timed 1min 54.98sec to defeat Burundi's Francine Niyonsaba, who clocked 1min 57.75sec and Ajee Wilson of the United States in 1min 58.83sec. Semenya's victory could be her last over 800m before new IAAF rules governing testosterone levels come into operation on May 8.

"Actions speak louder than words. When you're a great champion you always deliver," Semenya told the BBC after setting a new meeting record. "With me, life has been simple. I'm just here to deliver for the people who love and support me. I'm enjoying each and every moment of my life maybe because I have the love I need from my people."

Asked if she intended to take the medication required to lower her testosterone levels, she later told reporters with a smile: "Hell no, that's an illegal method."

Semenya, 28, was only added to the 800m start list in Doha on Thursday morning, a day after her appeal against a new rule regulating testosterone levels for women athletes was rejected by the Court of Arbitration for Sport (CAS).

She had challenged the measures, introduced by the IAAF, that will force women with higher than normal male hormone levels -- so-called "hyperandrogenic" athletes -- to artificially lower the amount of testosterone in their bodies if they are to continue competing.

Winning time of 1:54.98 WL, MR and made it look easy.#DohaDL 🇶🇦 #DiamondLeague

Double Olympic champion Caster Semenya won her last 800 metres race today before the introduction of controversial rules limiting testosterone levels in female athletes. This is what she had to say after the race.

What a class athlete. pic.twitter.com/bRqK1ibD9Z

The rules will come into effect on May 8 and will apply to athletes competing in races over distances of 400m to the mile.

Semenya hinted at quitting the sport in a tweet Thursday, saying: "Knowing when to walk away is wisdom. Being able to is courage. Walking away with your head held high is dignity." 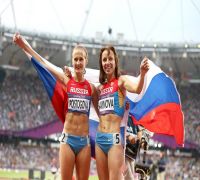 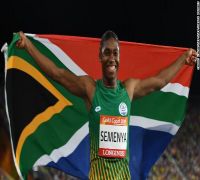 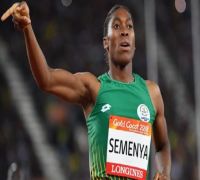