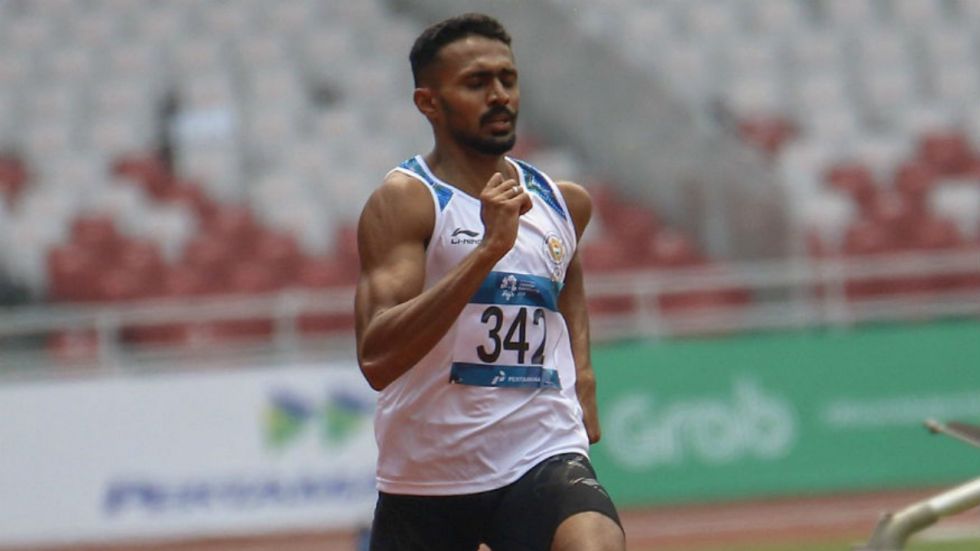 The team of Muhammed Anas, V K Vismaya, Jisna Mathew and Tom Nirmal Noah clocked 3 minute 15.77 seconds to finish seventh in the field of eight countries. It was just a tad slower than the 3:15.71 clocked by the Indian team while winning gold in the Asian Games last year.

Anas began the race in lane number 8 and early in the second leg, Vismaya was running last. Third leg runner Jisna collided with a second leg runner of another country after collecting the baton from Vismaya, leading to the loss of crucial time though India was at the last spot by that time. Noah recovered a bit but India ended at seventh in the end, ahead of Brazil.

United States took the gold in world record timing of 3:09.34 in the event which was making debut in the championships. Jamaica (3:11.78) and Bahrain (3:11.82) secured the silver and bronze respectively.

The Indian team had finished third in its heat and seventh overall on Saturday with a timing of 3:16.14 to qualify for the finals, which had ensured a Tokyo Olympics berth for the country.