Kidambi Srikanth, who last won the 2017 French Open, will be aiming to break his title drought in the 2019 Malaysia Open

A strong finish at the India Open will hold him in good stead when Kidambi Srikanth yet again strives to end his long title drought at the USD 700,000 Malaysia Open, beginning in Kuala Lumpur on Tuesday. Srikanth, who last won a title at the 2017 French Open, came close to ending the lean patch when he reached the finals of the India Open but Denmark's Viktor Axelsen thwarted his challenge on Sunday. Despite the loss, it was a good week for the 26-year-old as he quelled the challenge of one opponent after another on way to his first summit clash of a BWF world tour event in 17 months.

On Wednesday, Srikanth will begin his campaign against a qualifier, following the withdrawal of Malaysian legend Lee Chong Wei, who was supposed to play his first event after recovering from nose cancer.

"I'm just happy how it has been last week. I just want to take it the way it comes. I know I was trailing in most of the matches but somehow I wanted this kind of momentum. I wanted these kind of wins and want to continue this form now," Srikanth had said after the final on Sunday. 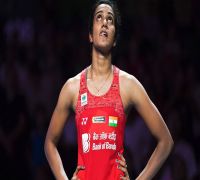 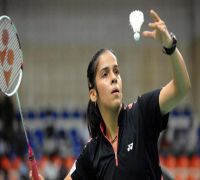 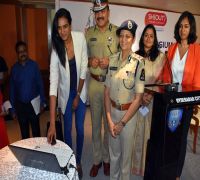 Olympic silver medallist P V Sindhu too was on course for a title win before she blew a four game points to lose the semifinal against He Bingjiao of China last Saturday.

The fifth seeded Indian will cross swords with Japan's Aya Ohori in the opening round of the BWF World Tour Super 750. She is likely to get a chance to avenge her first-round loss at the All England Championship against Sung Ji Hyun of Korea, who she is expected to face in the second round.

Indonesia Masters champion Saina Nehwal, who had battled pain after developing pancreas infection en route the All England Champion quarterfinals, will look for a good outing after skipping the Swiss Open and India Open. The eighth seeded Indian will face Thailand's Pornpawee Chochuwong in the first round.

Among others, H S Prannoy will look to continue his promising show after regaining some form at the India Open where he reached the quarterfinals. He will square off against Hong Kong's Ng Ka Long Angus.

Sameer Verma will also look to snap his run of early exits this year but it will be easier said than done as he faces world no 2 Shi Yuqi of China.

Men's doubles pair Manu Attri and B Sumeeth Reddy, the only Indian pair to reach the semifinals at New Delhi last week, will face seventh seed Chinese pair of Han Chengkai and Zhou Haodong in the first round, while Ashwini Ponnappa and N Sikki Reddy will take on Korean pair of Baek Ha Na and Kim Hye Rin.

Pranaav Jerry Chopra and Sikki will meet Ireland's Sam Magee and Chloe Magee in their opener.