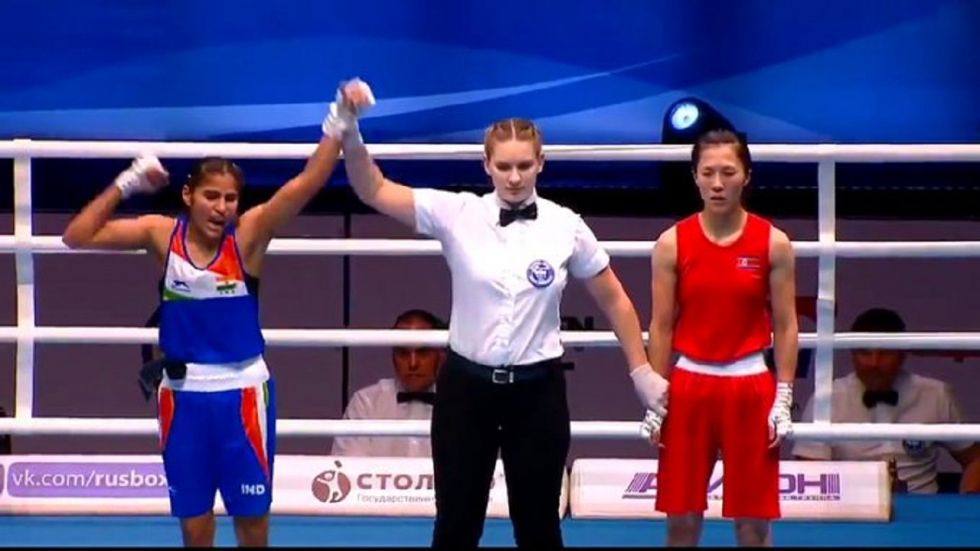 Six-time champion M C Mary Kom (51kg) on Thursday surpassed herself as the most successful boxer in the Women's World Championship history by securing an unprecedented eighth medal before debutants Manju Rani (48kg) and Jamuna Boro (54kg) also joined her in the semifinals in Ulan Ude. The third-seeded Mary Kom defeated a spirited rival in Colombia's Valencia Victoria, fetching a unanimous 5-0 verdict to make the last-four stage. In the evening session, Haryana-boxer Rani and Assam's Boro also entered the semifinals to be assured of their maiden world championship medals.  While Rani stunned top seed and last edition's bronze-medallist Kim Hyang Mi of South Korea 4-1, Boro, an Assam Rifles employee, got the better of Germany's Ursula Gottlob by a similar margin after draining showdowns.

"I am very happy to have secured a medal but I would be looking to make it better by reaching the finals," the 36-year-old Mary Kom said after the bout. "It was a good bout for me and I will now try to improve on this performance in the semifinals," she added.   Awaiting Mary Kom in the semifinals on Saturday, after a rest day on Friday, is second-seeded Turk Busenaz Cakiroglu, who is the reigning European Championships and European Games gold-medallist.

Cakiroglu defeated China's Cai Zongju in her quarterfinal bout. However, two-time bronze-medallist Kavita Chahal (+81kg) bowed out after a 0-5 loss to Belarus' Katsiaryna Kavaleva. For Rani, her next opponent is going to be Thailand's Chuthamat Raksat, who upstaged fifth seed Yuliyanova Asenova. Boro will take on top seed and former Asian Games bronze-medallist Huang Hsiao-Wen.   In a tactful performance, Mary Kom waited for her chances and defended sharply to ensure that Victoria's plan to impress the judges by throwing in more punches didn't yield results.

The Indian's huge reservoir of experience came in handy as she swung her right arm masterfully to connect well-placed hooks. Her straight punches were as effective and regularly pierced through Victoria's reasonably strong defence. With this, Mary Kom bettered her own record as the most successful boxer in the history of the marquee tournament.  The Manipuri, in terms of number of medals won, is in fact numero uno cutting across both the men's and women's competitions. Cuban icon Felix Savon is the most successful in the men's event with seven medals -- six gold and a silver. Entering into this edition, Mary Kom had six gold and a silver in her kitty but this is the first time, she has secured a world medal in the 51kg category. She had finished a quarterfinalist in this division in the past.

The latest achievement has only added to her ever-growing legend. Besides six world titles, Mary Kom's incredible career is also studded with an Olympic bronze medal (2012), five Asian titles, gold medals at the Asian Games and the Commonwealth Games, besides numerous other international top finishes. This year alone, she won gold medals at the India Open in Guwahati and President's Cup in Indonesia. She is also a member of the Rajya Sabha.

Both Rani and Boro fetched hard-fought victories, engaged with strong opponents who hardly gave anything away defensively. But the two Indians were remarkably good in counter-attacks. However, three-time Asian medallist Chahal didn't seem up to it and put up a rather sloppy show against a more agile Kavaleva, who got the result merely by hitting straight and clean for most part of the bout. 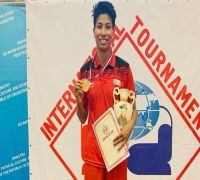 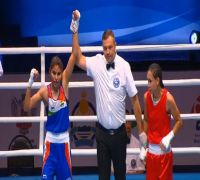 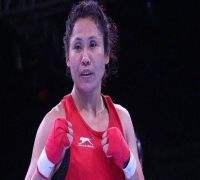