The India Open Badminton Tournament Itself Seems To Be In Doubt With The Total Number Of People Infected By Coronavirus In India Going Up To 29, Including Two Cases In Delhi And In The Light Of The Development, The Government Has Suspended All Regular Visas/e-visas Granted On Or Before March 3.

PV Sindhu, a 2017 winner, will open her campaign against Hong Kong's Cheung Ngan Yi and is expected to face seventh seed Michelle Li of Canada in the quarterfinals of the World Tour Super 500 tournament. (Photo Credit: Getty Images)

Former champions P V Sindhu and Saina Nehwal have been handed tricky draws at the upcoming Yonex India Open which remains under the scanner in the wake of 29 positive novel coronavirus cases reported in the country. PV Sindhu, a 2017 winner, will open her campaign against Hong Kong's Cheung Ngan Yi and is expected to face seventh seed Michelle Li of Canada in the quarterfinals of the World Tour Super 500 tournament, starting March 24. Saina Nehwal, who had claimed the title in 2015, faces Chinese Taipei's Pai Yu Po in the first round and is is likely to meet eighth seeded Korean Sung Ji Hyun in the second round. The London Olympic bronze medallist is racing against time to qualify for her fourth straight Olympics.

In men's singles, fifth seed Kidambi Srikanth, who is also trying to squeeze into the top 16 by April 28 deadline to make it to Tokyo, will square off against a qualifier and is expected to face compatriot Lakshya Sen, who too will open against a qualifier. Third seed B Sai Praneeth, who is almost assured of a place in the Olympics, faces fellow Indian in HS Prannoy in the opening round. Sameer Verma will meet Thailand's Sitthikom Thammasin, Sourabh Verma takes on seventh seed Wang Tzu Wei of Chinese Taipei and Parupalli Kashyap faces Thailand's Khosit Phetpradab in the first round.

Seventh seeded men's doubles pair of Satwiksairaj Rankireddy and Chirag Shetty will open against Japan's Takuro Hoki and Yugo Kobayashi. However, the tournament itself seems to be in doubt with the total number of people infected by coronavirus in India going up to 29, including two cases in Delhi. In the light of the development, the government has suspended all regular visas/e-visas granted on or before March 3 to nationals of Italy, Iran, South Korea, Japan who have not yet entered India.

The government has also made a 14-day quarantine period mandatory for the people coming from Republic of Korea, Iran and Italy to India. According to the advisory, passengers arriving directly or indirectly from China, South Korea, Japan, Iran, Italy, Hong Kong, Macau, Vietnam, Malaysia, Indonesia, Nepal, Thailand, Singapore and Taiwan must undergo medical screening at port of entry. The draw of the Indian Open includes shuttlers from most of these countries, including a number of top Chinese players such as He Bingjiao, Shi Yu Qi and Lin Dan, who were cleared to participate in upcoming BWF World Tour tournaments in Europe. 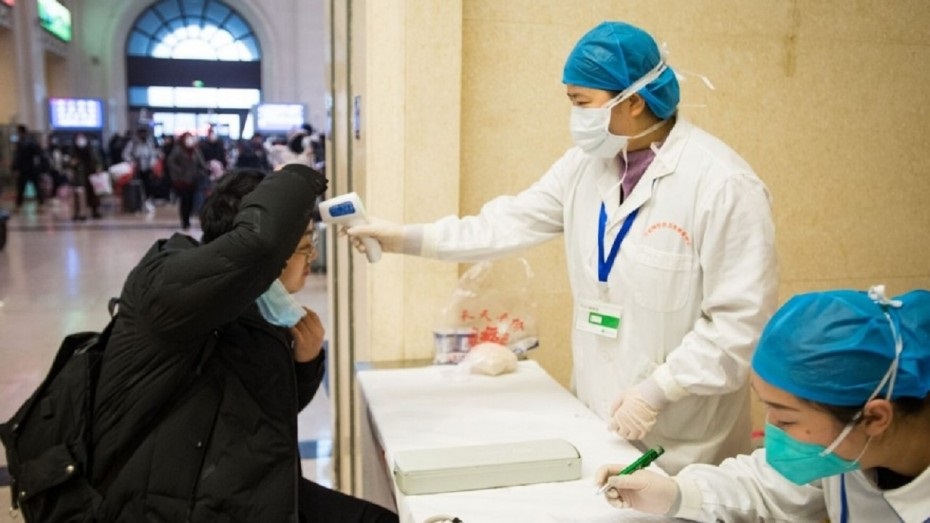 The Badminton Association of India (BAI) is in constant touch with the government and it needs to be seen if the status of the tournament, a crucial event in the Tokyo qualification, changes given the current situation. Last week, the BWF had said it has currently no plans to make any adjustments? to the regulations related to the Tokyo Games qualification period.

Concerns over the rapid spread of the deadly virus has already forced the postponement of the four Olympic qualifying events so far -- Lingshui China Masters (February 25 to March 1), Vietnam International Challenge (24-29 March 24-29) and German Open (March 3 to 8) and Polish Open (March 26-29). The All England Open Championships (March 11-15), the season's first World Tour Super 1000 tournament and which counts towards qualification for Tokyo 2020, will however go ahead, hosts Badminton England said.

However, Next month's Badminton Asia Championships have been moved out of Wuhan, which is the epicentre of Covid-19, to the Philippines capital Manila, which also hosted the mixed team event. It will now be held from April 21-26. The deadly virus has so far killed close to 3000 people and infected more than 80,000 people globally.