India's Most Decorated Table Tennis Player Sharath Kamal Won His First International Title In 10 Years On Sunday But Midway Into The Competition, The 37-year-old Was Forced To Wonder If He Made The Mistake Of His Life By Travelling To Oman Amid The COVID-19 Pandemic

Sharath Kamal registered his first win over Marcos Freitas on the ITTF tour, having lost to him in German Bundesliga way back in 2010. (Photo Credit: Twitter)

India's most decorated table tennis player Sharath Kamal won his first international title in 10 years on Sunday but midway into the competition, the 37-year-old was forced to wonder if he made the mistake of his life by travelling to Oman amid the COVID-19 pandemic. As the news of sporting events getting suspended or postponed around the world started trickling in, Sharath Kamal was in Muscat for the ITTF Challenge Plus event. The Polish Open happening around the same time was suspended and the world body announced suspension of all activities until the end of April due to the coronavirus. In these extraordinary times, confusion and chaos in the minds of the players was bound to follow.

Sharath was in Muscat with other Indian players including singles number three Harmeet Desai. "When I heard about the Polish Open being suspended, I thought I made a big, big mistake by coming here," Sharath, who was relieved to be back to his wife and kids in Chennai in the wee hours of Monday, told PTI. As a precautionary measure, he has gone into self-quarantine at home though the screening at the Chennai Airport showed his body temperature was normal. "In times like these, you obviously think about your family and they are worried about you. But when it was confirmed that the tournament would go on, I had to focus on the job," said the world number 38, who beat Portugal's Marcos Freitas in the final, an opponent ranked 12 places higher than him. 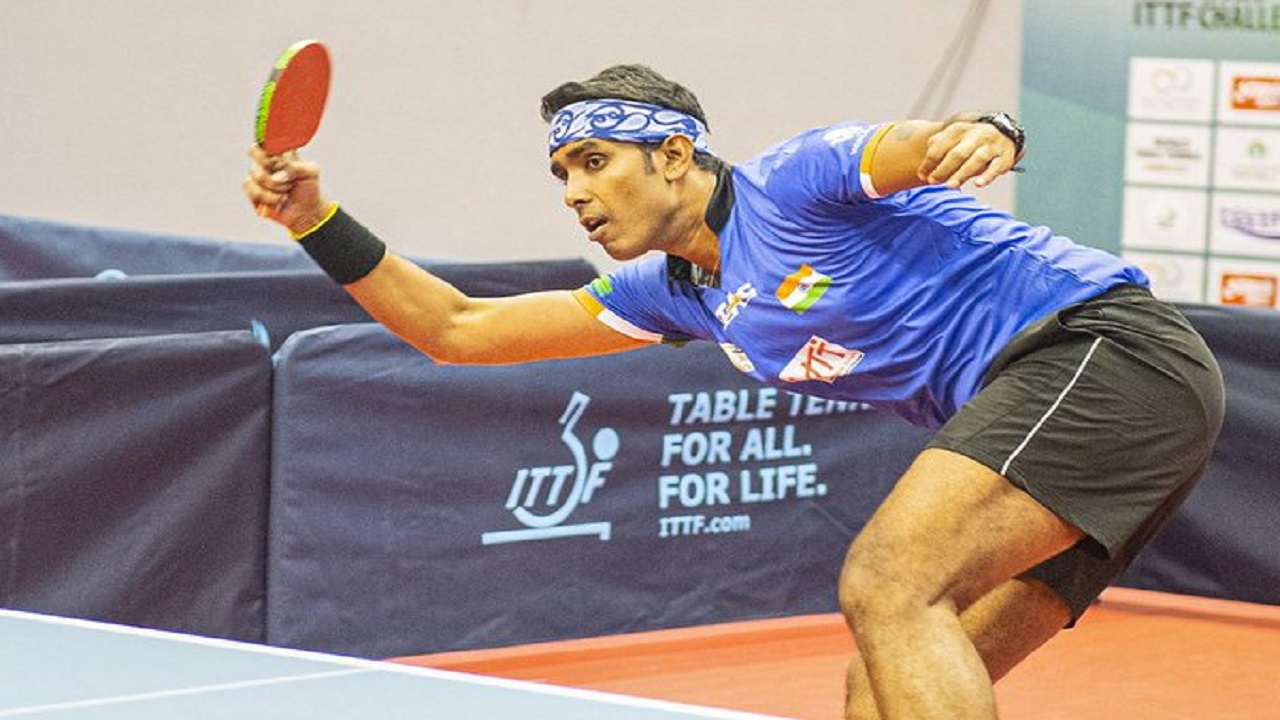 It was a four-hour flight but Sharath said it felt much longer with a handful of people on the plane. "It was almost empty. It is really good to be back," he heaved a sigh of relief. The Indian, whose previous title came in Egypt in 2010, battled past Freitas 4-2 in the final with the deciding game stretching to 17-15. It was his first win over his Portuguese opponent on the ITTF tour, having lost to him in German Bundesliga way back in 2010.

Sharath was pushed to the limit in the semifinals also before pipping Russia's Kirill Skachkov in a seven-game contest. "This tournament was my build up to the Olympics qualifiers but now that everything is suspended, I don't know how to feel. I won a tournament after a long time, my game is coming along nicely but there are no tournaments at least for the next one and a half months. Having said that, it is satisfying to come home with a title. Both final and semifinal was tough. Whenever I train with Freitas, I am losing most of the points but in the match, I was able to outguess him. He knew that forehand is my biggest weapon, so, he focussed on my back hand which worked beautifully last night. I had to go for my shots and they came off," he said.

Sharath's victory is a reminder that age is just a number and he doesn't understand the fuss over it. "In India, we tend to focus on age a lot. In my view, it is a non-issue as long as the results are coming and you are feeling good about body," he added.