Srinivasa Gowda, The Man Who Broke Usain Bolt's 100-Meter World Record, Says There Is No Comparison

Srinivasa Gowda, Who Reportedly Broke Usain Bolt's World Record In The 100 Meters, Has Brushed Off Comparisons With The Legendary Jamaican Sprinter As His Achievements Broke The Internet.

On Friday, there was a viral post of an individual breaking the world record for the 100-meter race on Twitter. This individual, who participated in the Kambala race, an annual bull-racing event held in Mangalore, clocked 9.55 seconds, which is 0.03 seconds faster than Usain Bolt's world record of 9.58 seconds. He was revealed to be Srinivasa Gowda and he has been participating in the Kambala race for close to five-six years. After the achievement, Gowda spoke to ANI and humbly said that there is no comparison. "People are comparing me to Usain Bolt. He is a world champion, I am only running in a slushy paddy field," Gowda said.

Apparently, Gowda, who hails from Mudbidri, Mangaluru ran 142.5 meters in 13.62 seconds at a buffalo race (Kambala) in a paddy field on Feb 1 in Kadri.

Usain Bolt holds the world record time of 9.58 seconds in the 100 meter race. However, that record has apparently been broken, that too by an Indian! If reports are to be believed, then Srinivasa Gowda of Karnataka has broken Usain Bolt's record by running 100 meters in a staggering 9.55 seconds. In a Twitter post shared by DP Satish, a senior Editor working for CNN-News18, Satish wrote, "He is Srinivasa Gowda (28) from Moodabidri in Dakshina Kannada district. Ran 142.5 meters in just 13.62 seconds at a "Kambala" or Buffalo race in a slushy paddy field. 100 meters in JUST 9.55 seconds! @usainbolt took 9.58 seconds to cover 100 meters."

Unbelievable but TrueðŸ’ª
Srinivasa Gowda from Moodabidre, Karnataka ran 100m in 9.55 Sec at a Kambala (Buffalo Race) in slushy paddy field He was faster than Usion Bolt who took 9.58 Sec to create a world record.
Will @usainbolt come to India to see or run in Kambala with GowdaðŸ¤—? pic.twitter.com/Np1hQE45eS 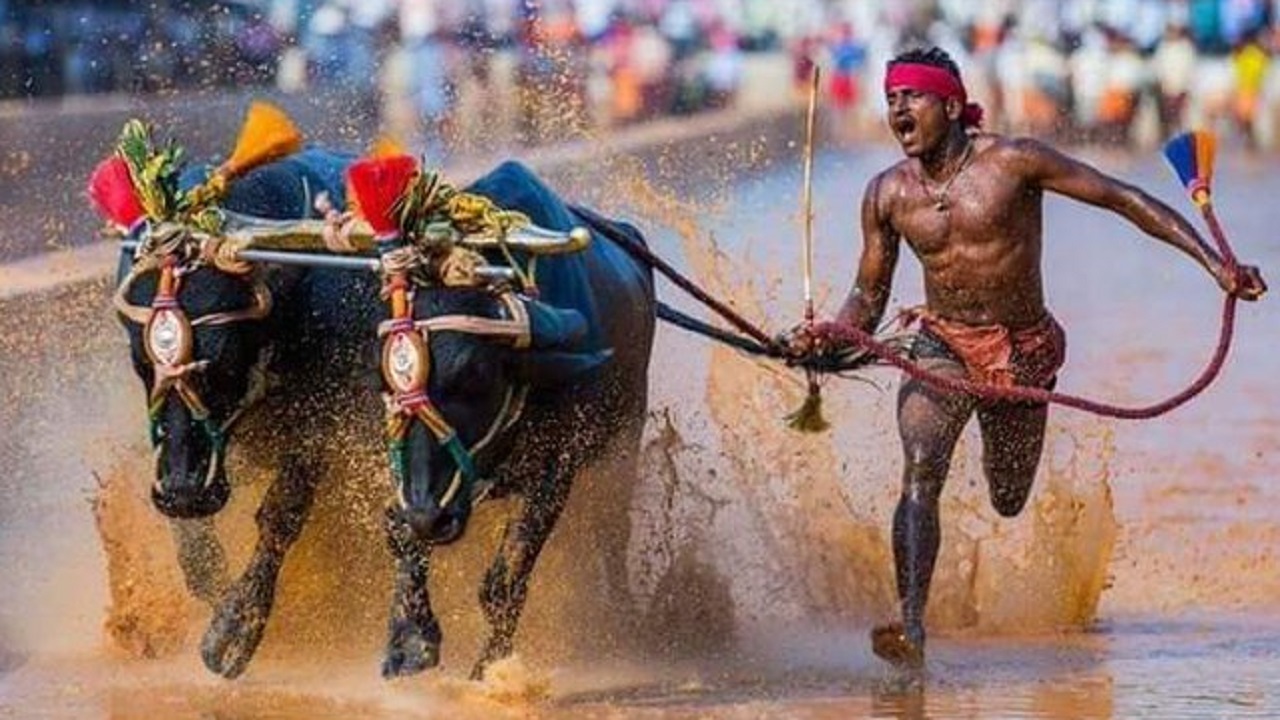 Srinivasa Gowda is a school dropout and who works as a construction labourer, began pursuing the Kambala passion five to six years ago. (Image credit: Twitter)

The report further stated that Gowda, who is a school dropout and who works as a construction labourer, began pursuing the Kambala passion five to six years ago. Kambala jockeys get a remuneration of Rs 1-2 lakh to train buffaloes and take part in competitions for a season. The owners also give them cash prizes if their buffaloes win any contests. Bolt improved upon his second 100 m world record of 9.69 with 9.58 seconds in 2009 – the biggest improvement since the start of electronic timing. He has twice broken the 200 metres world record, setting 19.30 in 2008 and 19.19 in 2009. He has helped Jamaica to three 4 × 100 metres relay world records, with the current record being 36.84 seconds set in 2012.

Also Read | Usain Bolt, Who? This Indian Reportedly Breaks 100 Meter World Record But With A Twist

Bolt's most successful event is the 200 m, with three Olympic and four World titles. The 2008 Olympics was his international debut over 100 m; he had earlier won numerous 200 m medals (including 2007 World Championship silver) and holds the world under-20 and world under-18 records for the event.