Speculation Has Been Growing Over The Games, Scheduled To Start On July 24, After The COVID-19 Outbreak Closed Sports Competitions Around The World And Paralysed Many Countries, Along With International Travel

The Olympic flame arrived in Japan to a scaled-down welcoming ceremony Friday as doubts grew over whether the Tokyo Games will go ahead on schedule with the coronavirus pandemic causing chaos around the world. As the flame, enclosed in a special lantern, landed on a charter flight, a Japanese Olympic Committee member broke ranks to call for a postponement and Olympics chief Thomas Bach admitted "different scenarios" were under consideration. "Of course we are considering different scenarios, but we are contrary to many other sports organisations or professional leagues in that we are four-and-a-half months away from the Games," Bach, the International Olympic Committee president, told the New York Times.

"For us, (postponement) would not be responsible now and it would be premature to start speculation or make a decision at a time when we do not have any recommendation from the task force," he added. Reflecting the uncertainty caused by COVID-19, the flame's arrival at Matsushima Air Base in Japan's north was a muted affair after organisers were forced to cancel plans to invite 200 schoolchildren.

Former Olympic judo champions Saori Yoshida and Tadahiro Nomura lit a ceremonial cauldron in front of a few dozen officials and guests. "Children had planned to welcome the Olympic flame, but we decided to scale it down, giving priority to their safety," said Tokyo 2020 chief Yoshiro Mori. The nationwide torch relay begins on March 26, starting from the J-Village sports complex in Fukushima that was used as a base for workers during the 2011 earthquake, tsunami and nuclear disaster. But organisers have been forced to scale back the relay, closing daily ceremonies to the public and urging spectators to "avoid forming crowds" along the route.

Olympics 'should be postponed'

Speculation has been growing over the Games, scheduled to start on July 24, after the COVID-19 outbreak closed sports competitions around the world and paralysed many countries, along with international travel. The virus has already disrupted the early stages of the torch's journey in Greece, with the lighting ceremony in ancient Olympia taking place without spectators. Organisers then had to scrap the Greek leg of the relay after large crowds mobbed Hollywood actor Gerard Butler as he lit a cauldron in the city of Sparta. 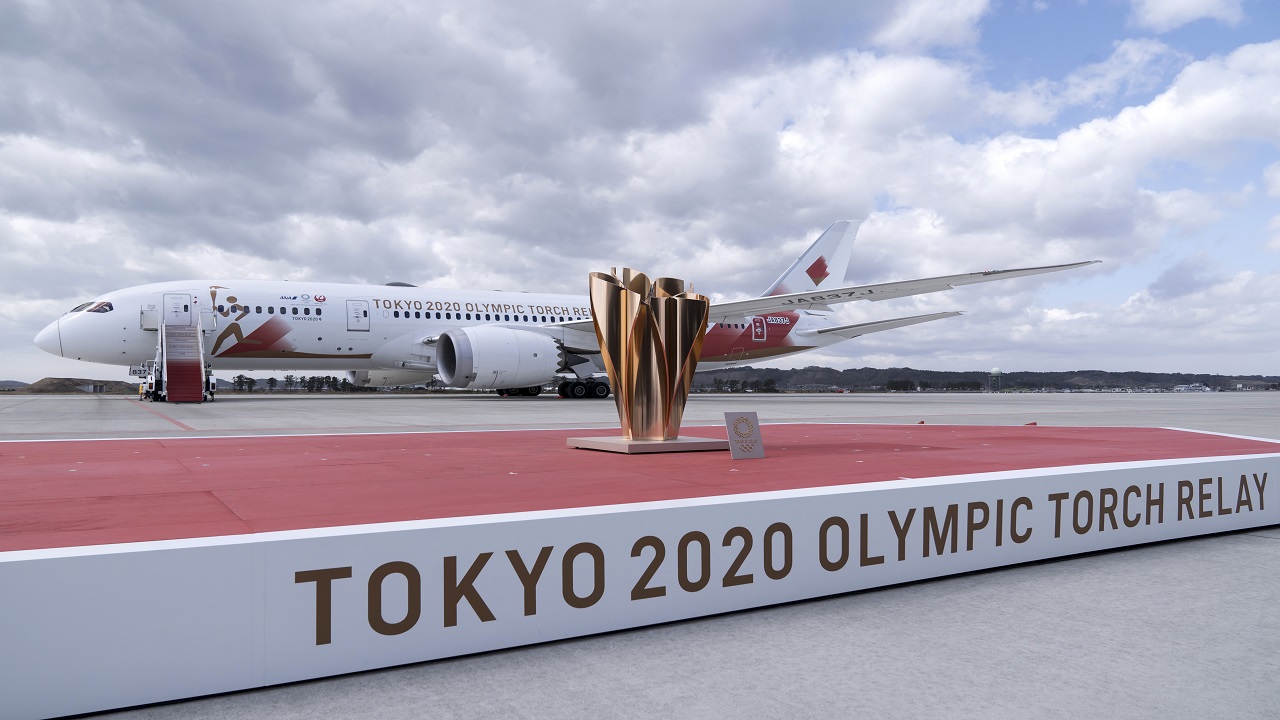 There are increasing clouds over the Games, with some athletes attacking the IOC for insisting there's no need for "drastic" action such as postponement or cancellation. (Image credit: Getty Images)

With borders shut in Europe -- which has become the epicentre of the crisis -- Tokyo officials did not travel to collect the torch, with former Olympic swimmer Naoko Imoto representing Japan at the official handover. As the flame landed, there are increasing clouds over the Games, with some athletes attacking the IOC for insisting there's no need for "drastic" action such as postponement or cancellation. Japanese Olympic Committee executive board member Kaori Yamaguchi, a former Olympic judoka, was the latest prominent figure to call for a postponement, citing the difficulties faced by athletes.

"It should be postponed under the current situation where athletes are not well prepared," Yamaguchi told the Nikkei daily. "By asking them to train under these conditions, the IOC is opening itself up the criticism that it is not putting athletes first," she added. Bach, under fire after the IOC advised athletes to continue training "as best they can", insisted health considerations were "first and foremost" -- and that the decision won't be driven by financial interest.

"What makes this crisis so unique and so difficult to overcome is the uncertainty. Nobody today can tell you what the developments are tomorrow, what they are in one month, not to mention in more than four months," he said. "Therefore it would not be responsible in any way to set a date or take a decision right now, which would be based on the speculation about the future developments." Bach said the IOC will act on advice from its own task force and the World Health Organization, but was optimistic about holding the Games on time. He added that there was no question of a cancellation.