Rani reached the final round of World Athletics Championships by smashing her own national record of 62.34m which put her on 5th place in the qualification. 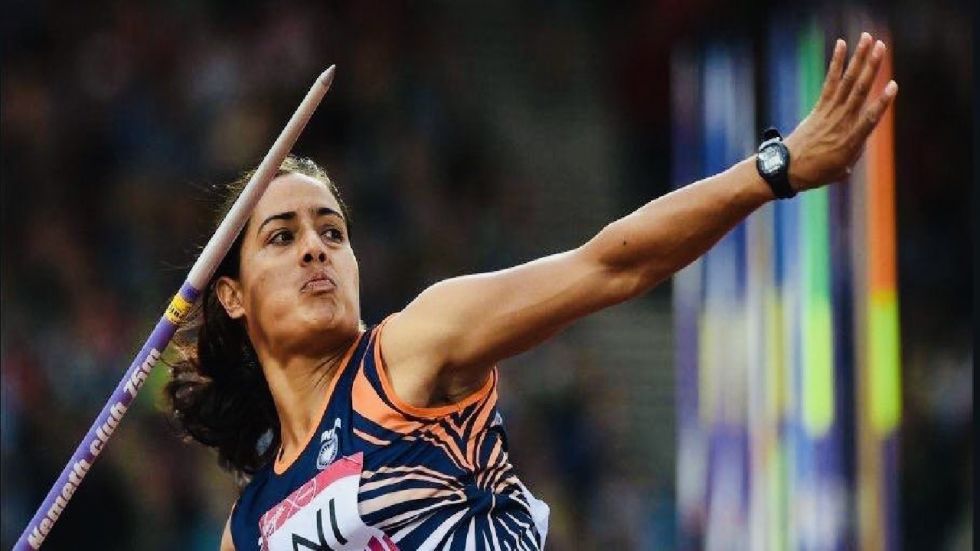 Annu Rani broke her own national record by sending the spear to a distance of 62.43 m. (Photo: Twitter/Media@SAI)

Top Indian woman javelin thrower Annu Rani on Monday become the first Indian woman to reach final round of the World Championship in Doha. Rani reached the final round by smashing her own national record of 62.34m which put her on 5th place in the qualification.

The 27-year-old opened the qualification round Group A with a 57.05m before sending the iron spear to a distance of 62.43m in the second round, bettering her earlier national record of 62.34m, which she achieved in March during the Federation Cup in Patiala.

She had a 60.50m in the third and final round to finish third in her group behind Asian Games champion Liu Shiying (63.48m) of China and Ratej Martina (62.87m) of Slovenia.

Those who touch the automatic qualifying mark of 63.50m or 12 best performers from Group A and Group B taken together will qualify for the final round, to be held on Tuesday.