Sumit Nagal Could Win Just One Game In The Match Which The 2014 US Open Champion Won 6-0 6-1 In Just 56 Minutes As India Lost The Davis Cup Qualifiers 1-3 To Croatia As Leander Paes' Potential Final Match In This Tournament Ends In Disappointment.

Leander Paes and Bopanna, with a combined age of 86, won 6-3 6-7 (9) 7-5 after two hours and 21 minutes against Mate Pavic and Franko Skugor to keep India alive. (Photo Credit: Getty Images)

Sumit Nagal was routed by Marin Cilic after big-serving Rohan Bopanna and Leander Paes won the do-or-die- doubles as India lost the Davis Cup Qualifiers 1-3 to Croatia in Zagreb on Saturday. Nagal could win just one game in the match which the 2014 US Open Champion won 6-0 6-1 in just 56 minutes. Captain Rohit Rajpal had dropped Nagal on the opening day of the tie but gave him a chance to prove a point but the young Indian was hammered by the world number 37 Croat. The fifth rubber is now inconsequential and India will now compete in World Group I in September to get back to the Davis Cup Qualifiers.

Yet again the Indian team has stumbled against a formidable side at the same stage as they lost to Serbia, Canada and Italy in the last few years. Coming into the do-or-die match, Leander Paes and Bopanna, with a combined age of 86, won 6-3 6-7 (9) 7-5 after two hours and 21 minutes against Mate Pavic and Franko Skugor, ranked 15 and 32 respectively. The Indians missed two match points in the second set tie-breaker but eventually held their nerves to win the decisive third set in which they fell behind after Bopanna lost his serve. With this win, the 46-year-old Paes has extended his Davis Cup record of most doubles victory to 45 and has possibly played his last tie as he has announced that 2020 is his final season.

Bopanna served big, like he always does, and also made some sharp service return winners. Left-handed Pavic's serve was difficult to attack and India's strategy was clear that they will go after Skugor. Paes was terrific with his returns. First, he found a volley winner and then made an unreturnable forehand shot which gave India its first break chance in the fourth game. Bopanna converted that with a screamer as he hit a crushing single backhand service return winner. An easy hold for Bopanna put India ahead 4-1 in the opening set. 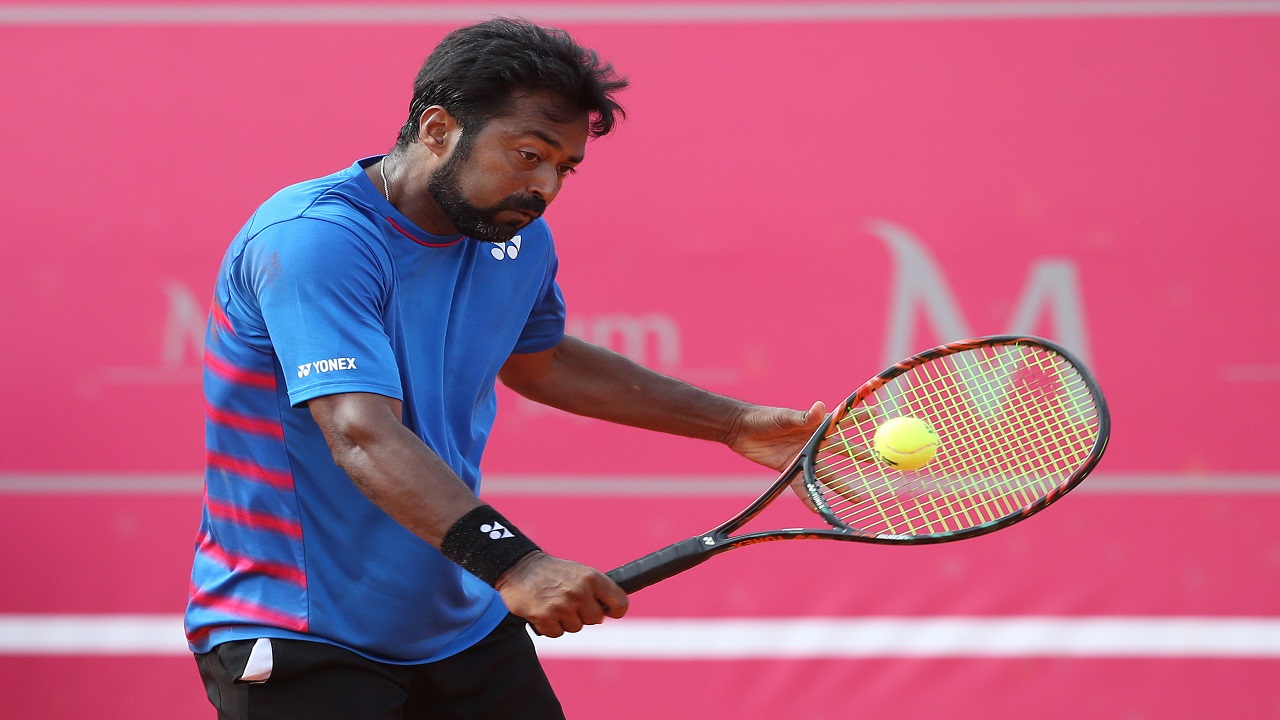 Leander Paes could play the World Group qualifiers in September but this loss could be the last for the tennis legend in this tournament. (Image credit: Getty Images)

Pavic made no mistake when he returned to serve and Paes too held his own. When Skugor served again, more pressure was there since India was already in driver's seat with a 5-2 lead. He though held with consecutive aces. Bopanna served out the set without a fuss as Paes finished it with another volley point at the net. Pavic's serve came under pressure at the beginning of the set with some good returns by the Indians.

Also Read | Leander Paes Prepares For One Last Roar, To Retire In 2020

At 40-all, Paes made a return on the side of Skugor, who made a weak return and Bopanna smashed a volley winner to earn a breakpoint. Pavic though saved that with a well-targeted second serve on the body of Bopanna, who could not clear the net. Skugor too saved a breakpoint in the third game but the Indians kept the pressure on the hosts.