BJP MLA Raja Singh has termed Sania Mirza as 'Pakistan's daughter-in-law' and said she must be removed as Telengana brand ambassador in the wake of the Pulwama terror attack.

Sania Mirza married Shoaib Malik in 2010 and was blessed with a baby boy in 2018. (Image credit: Twitter)
HIGHLIGHTS

The Pulwama terror attack in which 40 CRPF jawans were killed has provoked angry and bitter criticism of Pakistan in India. Cricketers, wrestlers, badminton players and other sportspeople have come together to condemn the attack. Virender Sehwag has offered to sponsor the education for the children of the 40 CRPF jawans who were killed. Yogeshwar Dutt has pledged to donate 5,25,000 to the CRPF and also to the Bharat ke Veer foundation. However, there has been a massive controversy involving Sania Mirza, India’s best Tennis player after a comment by a BJP MLA garnered headlines for the wrong reasons.

BJP MLA Raja Singh has lashed out at Sania and stated the she should not be the brand ambassador of Telengana. Terming her as Pakistan’s daughter-in-law, Raja Singh said, “We don't need a Pakistani bahu as brand ambassador of Telangana. We have cricketer V.V.S. Laxman and badminton stars Saina Nehwal or P.V. Sindhu, who are also from Telangana and who have brought many laurels to the state and to the country,” Singh, who represents Goshamahal constituency in Hyderabad said.

Sania, who married Pakistan cricketer Shoaib Malik in 2010 and gave birth to a baby boy in 2018, was named Telengana’s brand ambassador in 2014 but at that time, it drew sharp criticism from the BJP at that time.

Recently, Sania had posted on her Twitter handle about the Pulwama terror attack and she had strong words for trolls. “This post is for those people who think that as celebrities we need to 'condemn' an attack, tweet and Instagram and be all over social media to prove that we are patriotic and care about our country. Why? Because we are celebs and some of you are frustrated individuals who have nowhere else to target your anger towards and grab every opportunity to spread more hate?” 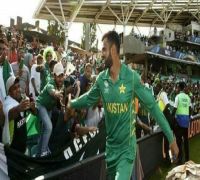 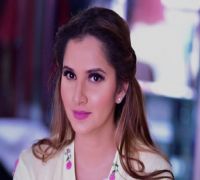 Getting back to top won’t be easy, says Sania Mirza 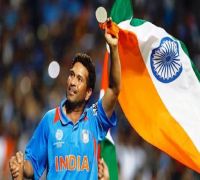 The tennis player, who had gone off social media during the India vs Pakistan Asia Cup encounters in September 2018, labelled the post ‘United we stand’.

Forty CRPF soldiers were killed and five others critically injured when a suicide bomber rammed a vehicle laden with explosives into their bus on Thursday. The Pakistan-based terror group Jaish-e-Mohammed (JeM) has claimed responsibility for the attack on the convoy of 78 vehicles that was on its way from Jammu to Srinagar.