Rafael Nadal and Novak Djokovic, fighting it out for the year-end world number one spot, edged closer to a possible Paris Masters final clash as both eased into the last four. 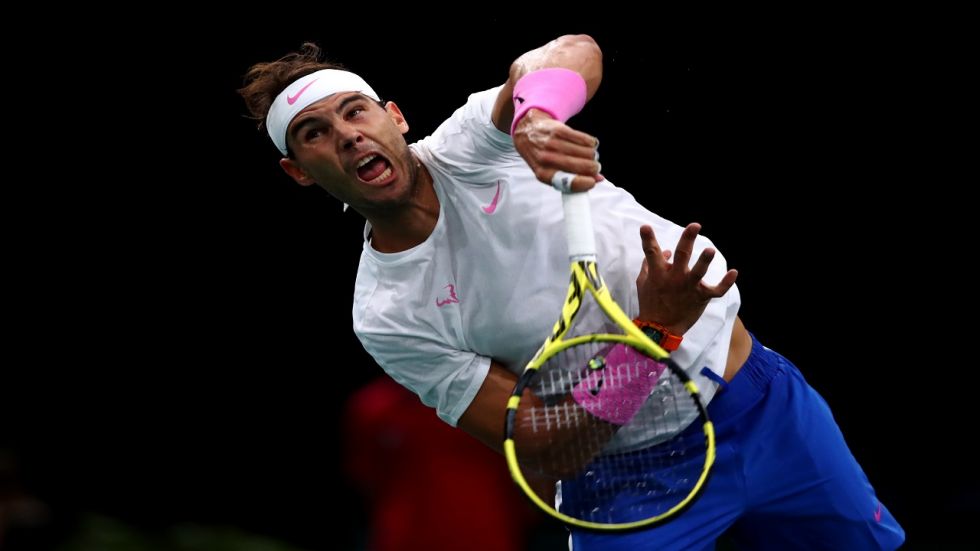 Rafael Nadal has now reached 73 Masters semi-finals in total and is two wins away from his 85th ATP title, but only third indoors. (Photo Credit : Getty Images )

Rafael Nadal and Novak Djokovic, fighting it out for the year-end world number one spot, edged closer to a possible Paris Masters final clash as both eased into the last four on Friday. The 33-year-old Nadal, who can secure the end-of-year top ranking ahead of Djokovic by winning his maiden Bercy title, beat French wildcard Jo-Wilfried Tsonga 7-6 (7/4), 6-1. Nadal is bidding for a record-extending 36th Masters crown and will take on Denis Shapovalov in the last four on Saturday after the Canadian youngster thrashed Gael Monfils 6-2, 6-2. The Spaniard has reached the semis for the first time at the event since 2013, having withdrawn injured before the quarter-finals on his last appearance in 2017.  "I've had a lot of injuries in this tournament (historically)," said Nadal. "I'm happy to be back in the semi-finals."

Djokovic had earlier crushed seventh seed Stefanos Tsitsipas 6-1, 6-2 and will next face Grigor Dimitrov, who saw off unseeded Chilean Cristian Garin 6-2, 7-5. Nadal has now reached 73 Masters semi-finals in total and is two wins away from his 85th ATP title, but only third indoors. Tsonga was rock solid on serve in a first set which did not see a single service game from either player even reach deuce.

But second seed Nadal stepped it up in the tie-break, with two incredible winners on the run helping him take a crucial one-set lead.  Tsonga's serve briefly deserted him in the second game of the second set, as successive double faults allowed Nadal to claim the first break of the match and he then sped to victory.

Djokovic said he played "one of his best matches of the season" to thrash Tsitsipas. The 32-year-old dispatched his Greek opponent in only 58 minutes. The 16-time Grand Slam champion went into the match with a 2-1 losing record against Tsitsipas, but put the young world number seven in his place with a commanding victory. "I played one of the best matches of the season," said Djokovic. "I prepared myself very well for this match. I lost to Stefanos about three weeks ago in Shanghai. And obviously I went through the videos and understanding on what I did well, what I didn't do so well, what I can do better." 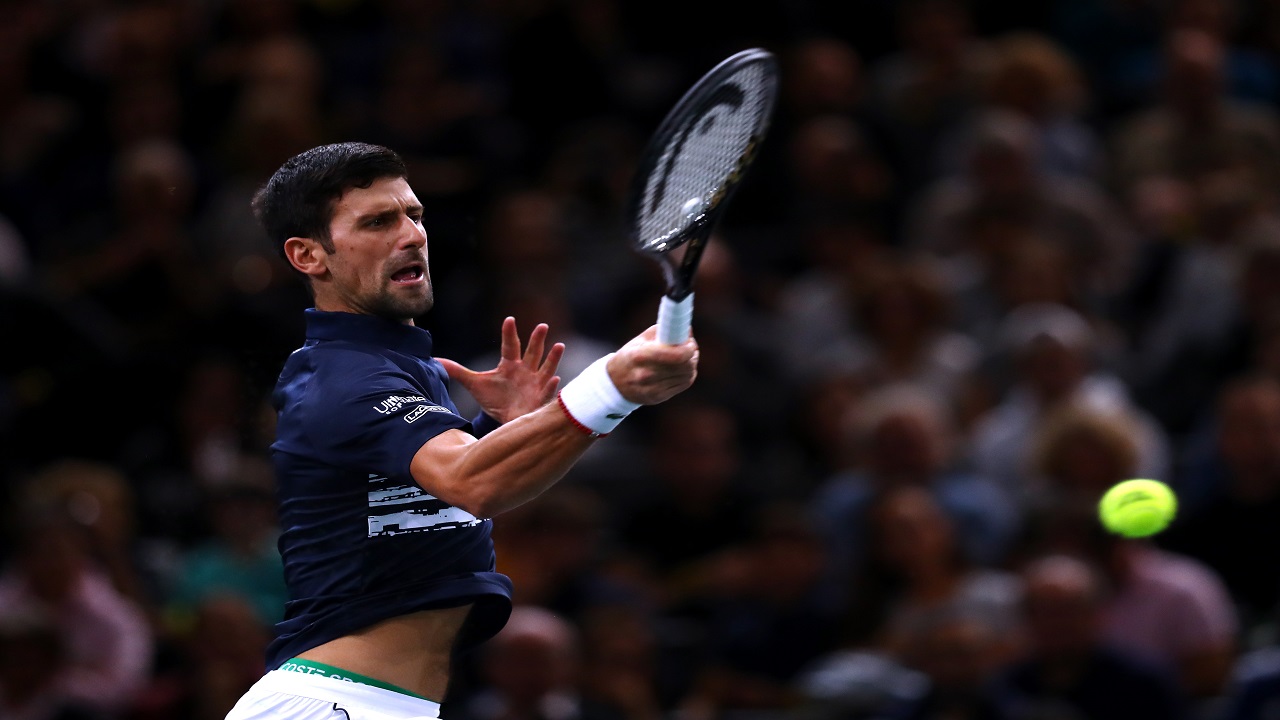 Novak Djokovic can ensure the race to be the best player at the end of the year reaches the ATP Tour Finals in London by winning a fifth Paris Masters title. (Image credit: Getty Images)

Djokovic will be usurped by Nadal at the top of the rankings next week, but can ensure the race to be the best player at the end of the year reaches the ATP Tour Finals in London by winning a fifth Paris Masters title. The defeat ended Tsitsipas' run of three consecutive semi-finals and dealt a blow to his confidence ahead of his maiden appearance at the season-ending championships, which start on November 10. Djokovic holds an 8-1 winning head-to-head record against Dimitrov.

"He (Dimitrov) has been one of the best talents we had in the sport in the last decade," said Djokovic, who is bidding to tie Pete Sampras' record of finishing as the year-end number one on six occasions. "He's been playing some terrific tennis this week... I don't play too bad myself, so it's going to be for sure a good one."

Former world number three Dimitrov last reached the semis at a Masters tournament in Monte Carlo in 2018, but has rediscovered his form in recent weeks after heading into the US Open ranked 78th. The Bulgarian became the lowest-ranked player to reach a Grand Slam semi-final since 2008 at Flushing Meadows, before losing to Daniil Medvedev. World number 42 Garin, playing in his first Masters quarter-final, served for the second set at 5-4, but the 28-year-old Dimitrov reeled off three straight games to claim an impressive victory.

Shapovalov cruised into the fourth Masters semi-final of his young career by ending Monfils' bid to reach the ATP Finals. Home favourite Monfils was one victory away from pipping Italian Matteo Berrettini to a ticket to London, but was blown away by a brilliant Shapovalov performance. "He (Berrettini) had better give me a bottle of wine or something," joked world number 28 Shapovalov. 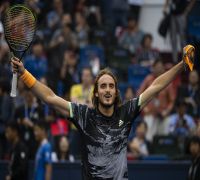 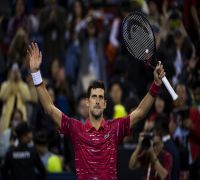 Novak Djokovic Embraces Pressure Of No.1, Progresses In Shanghai Masters 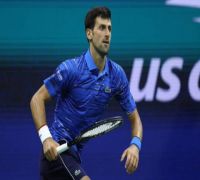