Sofia Kenin Reached The Australian Open Final In Just Her Third Appearance And She Won The Title In A Hard-fought Clash Against Garbine Muguruza By Beating The Spaniard 4-6,6-2,6-2

Sofia Kenin, the 21-year-old American teenager who became the youngest Australian Open finalist since 2008, created history as she won a hard-fought final against Spain's Garbine Muguruza to clinch the Australian Open title in Melbourne on Saturday. Kenin, who was playing in the Australian Open for only the third time, defeated two-time Grand Slam winner Muguruza 4-6,6-2,6-2 to secure her maiden title and create history. For Muguruza, who had won the French and Wimbledon titles, her shots of winning her third Grand Slam was undone by some fantastic tennis from the American star who has been touted for great things even when she was taking baby steps in the world of tennis.

With this victory, Kenin has broken into the top 10 and has leapfrogged 23-time Grand Slam winner Serena Williams to number seven in the latest rankings. Things started badly for Kenin as the more experienced Muguruza broke serve for the first time in the first set and took a 1-3 lead. Kenin tried to fightback in the set but Muguruza's intensity was high.

Kenin, though, matched her stroke for stroke and although Muguruza tried to break her serve for the second time, the American held firm. In an epic 23-shot rally in the sixth game, Muguruza came out on top and the level of pressure that she put on the American youngster was immense. However, to Kenin's credit, she held firm. Kenin, though, broke back in the eighth game and with the set tied 4-4, it could have gone either way. 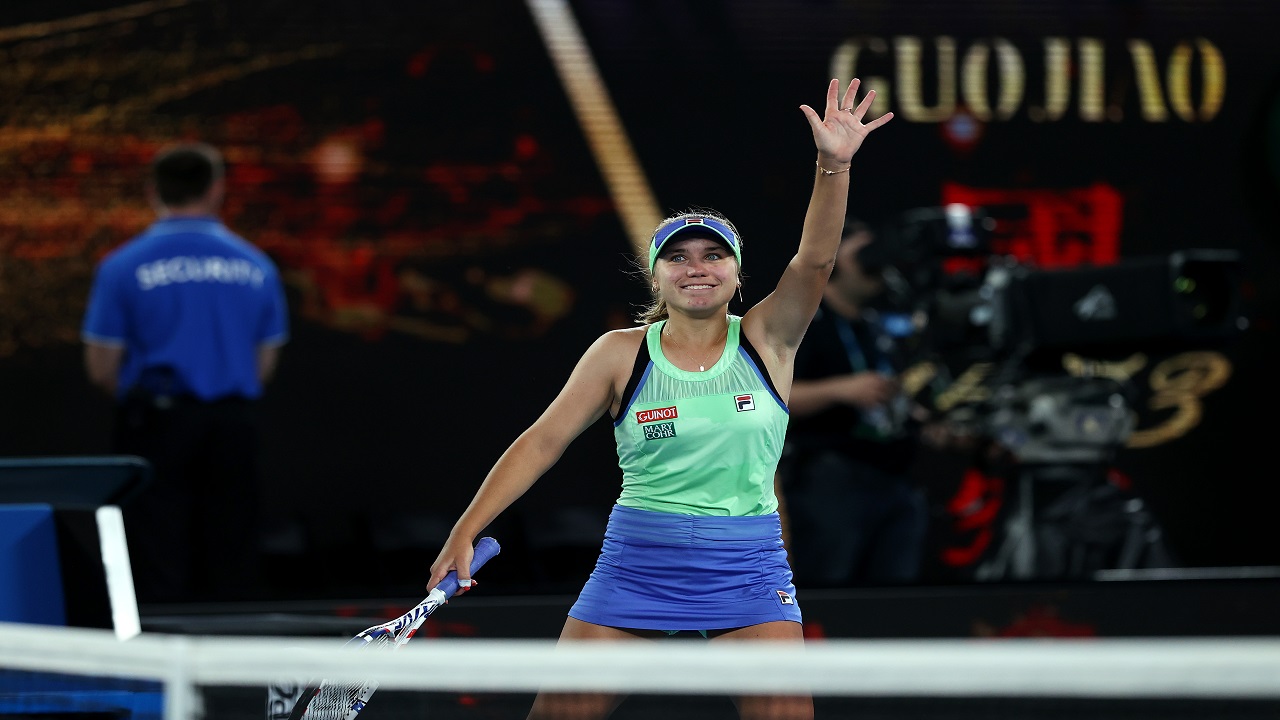 However, Muguruza refused to lie down and she broke back immediately and served for the set to clinch it. The exhibition that both players put out was worthy of a final.

Although Muguruza won the first set, the momentum was clearly with Kenin. The American capitalised on an unforced error in the fourth game by Muguruza and broke her to take a 3-1 lead in the second set. Kenin's serve held her in a good stead and Muguruza struggled to come back in the match. At 5-2, Muguruza was looking to hold serve but Kenin broke back and she stormed to the second set with a 6-2 lead. In the deciding set, both players started off well and at 3-2, the match was evenly poised.

Muguruza looked good to hold her serve at 40-15 in the sixth game but two unforced errors from the Spaniard and some brilliant display from the American resulted in a crucial break. Kenin held her nerve and at 5-2, she was on the cusp of something huge. Kenin put Muguruza under pressure and the game was taken to deuce. Kenin squandered one championship point but she capitalised on the next one and she became the Australian Open champion.