Anasuya Sarabhai was a pioneer of the women’s labour movement in India and founded the Ahmedabad Textile Labour Association (Majoor Mahajan Sangh). 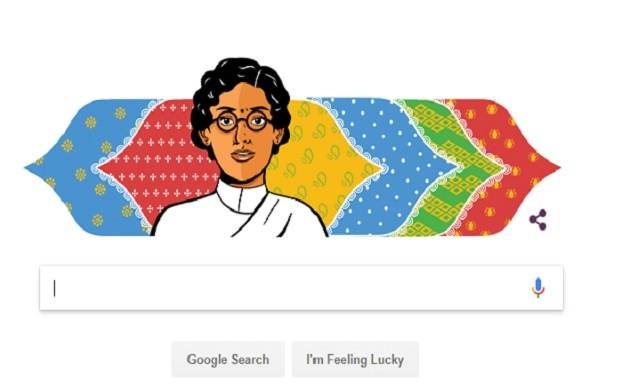 Google Doodle celebrates the 132nd birth anniversary of Anasuya Sarabhai. Ten things to know about the woman who was a pioneer of the women's labour movement in India:

#She belonged to the wealthy family of Sarabhai and Godarvariba and lost both her parents when she was only nine.

#At the age of 13, an unwilling Anasuya was married off by her uncle, leading to a short-lived and unhappy marriage.

#Anasuya went to England in 1912 to take a medical degree but switched to the London School of Economics when she realized the animal dissection involved in obtaining a medical degree, was in violation of her Jain beliefs.

#While in England, she got influenced by the Fabian Society and got involved in the Suffragette movement which was working towards obtaining the right to vote for women.

#In 1913, she returned to India where she effortlessly worked for the betterment of women and upliftment of the poor. She opened a school and decided to get involved in the labour movement taking on the cause of local mill workers after learning of their 36-hour work shifts.

#In 1918, Mahatma Gandhi who was a close family friend came forward to support her and began a hunger strike on the workers’ behalf leading to justified 35% hike in wages. In 1920, Anasuya Sarabhai founded the Ahmedabad Textile Labour Association (Majoor Mahajan Sangh), the oldest union of textile workers in the country and held the position of its president till last breath.

#Anasuya Sarabhai holds a unique place in the history of country whose endless efforts later paved way for the foundation of the Self-Employed Women’s Association of India (SEWA).