Asus ROG Phone 2 is all set to be launched on July 23 in China. It is to be noted that smartphone maker has itself confirmed the official launch date of ROG Phone 2 via a post on Weibo.

Asus ROG Phone 2 is all set to be launched on July 23 in China. It is to be noted that smartphone maker has itself confirmed the official launch date of ROG Phone 2 via a post on Weibo. The ROG Phone 2 will be launched in collaboration with Tencent Games at 10.30 am (IST).

The successor of ROG Phone, the ROG Phone 2 is a gaming smartphone and is expected to bring major changes as compared to its predecessor. According to the media reports, the smartphone is tipped to feature a 120Hz display and it will become the first smartphone to debut with 120Hz AMOLED display.

Asus is further expected to include software features to enhance the gaming experience. It is also reported that the smartphone is likely to feature dual or triple camera setup with support for 4K video recording at 60 frames per second.

In the India market, the ROG Phone 2 is likely to compete against Black Shark 2 and Nubia Red Magic 2, which feature gamer-centric features.

The Nubia Red Magic 3 comes with slight bezels on the top and bottom of the display, a single rear camera setup, and an almost similar back panel design as the Red Magic Mars.

The dual-SIM smartphone is powered by the Snapdragon 855 processor paired with up to 12GB RAM and up to 256GB of onboard storage.

The Nubia Red Magic 3 is equipped with a 48-megapixel rear camera with f/1.7 aperture and a selfie camera of 16-megapixel at the front along with f/2.0 aperture.

It has a big 5,000mAh battery with the support of 27W fast charging technology.

The Black Shark 2 gaming smartphone comes with Qualcomm's Snapdragon 855 SOC, paired with Adreno 640 GPU and up to 12GB RAM.

The Black Shark 2 comes with a touch response rate of 240Hz and it will be offered in Shadow Black and Frozen Silver colour options.

The smartphone comes with a 20-megapixel selfie camera at the front that has an f/2.0 lens on top.

As far as sensors are concerned, the phone has accelerometer, ambient light and a gyroscope. 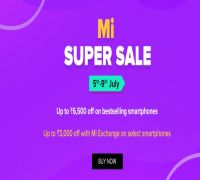 Mi Days sale are back: THESE smartphones available on whopping discounts 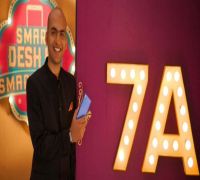 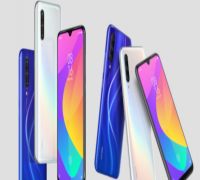