Facebook, which has drawn flak globally over instances of data breaches, is re-hauling its main platform as well as introducing new features across its family of apps.

Social networking giant Facebook on Tuesday said it is committed to building a "privacy-focussed" social platform to ensure that conversations stay private, and that user data is secure across its products like Messenger, WhatsApp and Instagram.

Speaking at its flagship event F8 in San Jose, Facebook CEO Mark Zuckerberg acknowledged that there are privacy concerns related to its platform, but asserted that he remains committed to bringing in changes and "starting a new chapter".

"As the world gets bigger and more connected, we need that sense of intimacy more than ever. So that is why I believe the future is private. This is the next chapter for our services... We don't exactly have the strongest reputation on privacy right now, to put it lightly. But I'm committed to doing this well and starting a new chapter for our product," he said.

More than 5,000 developers, creators and entrepreneurs from across the world are participating at this year's edition of F8 - Facebook's annual technology conference. Facebook, which has drawn flak globally over instances of data breaches, is re-hauling its main platform as well as introducing new features across its family of apps.

Zuckerberg outlined that the vision is based on six principles - private interactions, encryption, reducing permanence, safety, interoperability and secure data storage - across features like private messaging, groups, payments, and even location sharing.

"...if we get this right, using all of these services is going to be a fundamentally different experience a few years from now. At the end of the day, it's not just about building new products, it's a major shift in how we run this company because we believe that for the future, people want a privacy-focussed social platform," he added.

He explained that the intention is to build in the tools that "we need to keep us safe from the beginning and prevent harm and we then are able to focus on all the good people are able to do - both in private and in public, both the living room and the town squares".

Facebook, which counts India as among its biggest markets, has also been ramping up efforts to ensure that its platform isn’t misused to spread misinformation. 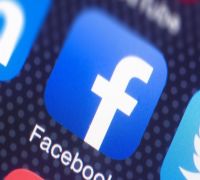 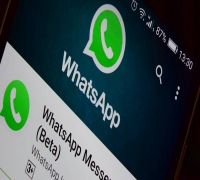 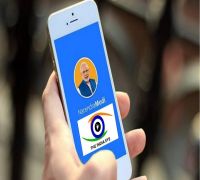 As part of its efforts to bring in transparency as elections progress in India, Facebook has started providing details of political ads on its platform. It is also strengthening its team of fact checkers and deploying technology tools to flag fake news.

Ahead of the general elections, the Indian government had warned social media platforms of strong action if any attempt was made to influence the country's electoral process through undesirable means. Talking about the changes being made, Zuckerberg Tuesday said a fresh design for the social networking platform is being rolled out globally.

Terming it 'FB5', Zuckerberg said the new design is simpler, faster, more immersive and puts communities at the centre. People will start seeing some of these updates in the Facebook app right away, and the new desktop site will come in the next few months.

It will also introduce a new feature 'Secret Crush' in Facebook Dating that is currently available in a few geographies. The new opt-in feature will allow users to discover potential matches within their own Facebook communities. He/she can select up to nine friends from their list and if any of these people (who also use Facebook Dating) puts the user's name in their own list, it will be a match.

The US-based company is also working on re-building the architecture of 'Messenger' from the ground up to be faster and lighter and it will begin to roll out later this year. Besides, it will also make it easier for businesses to connect with potential customers by adding lead generation templates to Ads Manager.

For WhatsApp - which has its biggest userbase in India- a new catalogue feature is being added for Business users to help small and medium enterprises using the platform to showcase their goods. Zuckerberg said the payments feature on WhatsApp - currently being tested in India with about one million users - will be rolled out in some other countries by the end of the year.