OnePlus 7 Pro Nebula Blue colour variant has gone on sale in India on Tuesday. For the last three years, OnePlus has dominated in the value flagship space by constantly undercutting its rivals.

For the last three years, OnePlus has dominated in the value flagship space by constantly undercutting its rivals. Recently, the Chinese smartphone maker launched another flagship handset called as OnePlus 7 pro. And now, OnePlus 7 Pro Nebula Blue colour variant has gone on sale in India on Tuesday. It is to be noted that the smartphone was so far available in a single colour variant - Mirror Grey.

The Nebula Blue colour variant is being offered in two storage variants i.e. 8GB + 256GB and 12GB + 256GB. It is now available for purchase from Amazon India, OnePlus.in as well as a variety of brick-and-mortar retailers. Importantly, the Almond colour variant, which will be available only for the 8GB + 256GB variant, will arrive next month. 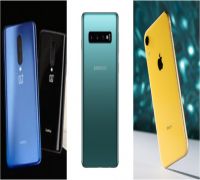 OnePlus 7 pro vs Samsung Galaxy S10 vs Apple iPhone XR: Which smartphone you should buy? 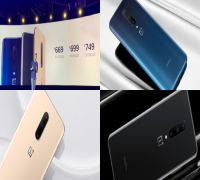 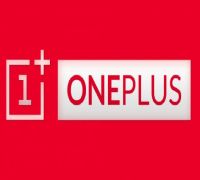 Price of OnePlus 7 Pro and offers in India

As far as the offers are concerned, the buyers will get benefits worth Rs 9,300 from Reliance Jio, up to 70 percent guaranteed exchange value from Servify, and Rs 2,000 cashback on SBI.

OnePlus 7 Pro sports a 16-megapixel pop-up selfie camera on the front. It has a triple-lens rear camera comprising a 48MP (f/1.7) primary sensor with OIS, joined by a 16MP (f/2.2) wide-angle lens with 117-degree field-of-view. The cameras also get PDAF, AI detection and laser autofocus.

The battery capacity of the phone has been bumped to 3700mAh to 4000mAh with Warp Charge. The phone also gets dual-speakers with 3D sound helped by Dolby Atmos. Connectivity options Pro include 4G VoLTE, Wi-Fi 802.11ac, Bluetooth v5.0, NFC, GPS/ A-GPS, and a USB Type-C (v3.1 Gen 1) port that also doubles as the headphone port.

The OnePlus 7, which was unveiled alongside the OnePlus 7 Pro, is set to be available next month as well.