Realme 3 with 4230mAh battery to launch on March 4, more details inside

Recently, Realme shared a teaser video on its Twitter handle revealing the launch of its new smartphone Realme 3. The video features numerical three in the form of a lightning bolt

Recently, Realme shared a teaser video on its Twitter handle revealing the launch of its new smartphone Realme 3. The video features numerical three in the form of a lightning bolt. Even, the CEO of Realme Madhav Sheth retweeted the tweet and wrote “What’s 7 doing in 3?”. The Realme 3 is all set to get launch on March 4 in the Indian market, the company is also expected to launch the Realme 3 Pro which will be in direct competition of Redmi Note 7 and Redmi Note 7 Pro.

India’ e-commerce giant Flipkart has even created a microsite dedicated to the Realme 3 which reveals some of its features along with the launch date of the handset. The website says, ‘’A phone that’s #3StepsAhead of the compitition’’.

Flipkart also reveals that the Realme 3 is powered by a 12nm Helio P70 AI Processor which is much powerful than the 14nm Snapdragon 660 SoC which is boasted by Redmi Note 7. 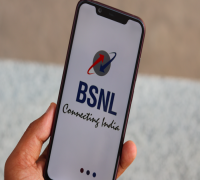 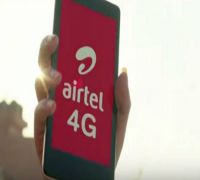 It also reveals that the Realme 3 also sport a dew-drop design and is fuelled by a 4230mAh battery which gives a decent backup and again bigger than what’s present on Redmi Note 7.

On optics front, the company has also confirmed that the Realme 3 comes with a dual-camera setup at the back and no information about its front camera lens has been revealed yet.

Flipkart also reveals that the buyers will ‘experience a game-winning performance at an unbelievable price’.

However, the price of Realme 3 is still unknown but is expected to be under Rs 20,000 to compete with Redmi Note 7. Currently, the smartphone maker offers five handset in the Indian market including Realme 1, Realme 2, Realme 2 Pro,, Realme C1 and Realme U1.