Sony on Wednesday launched two portable speakers in the Extra Bass category i.e. SRS-XB22 and SRS-XB32 in India. Interestingly, the portable speakers are built for house parties. The SRS-XB22 is priced at Rs 7,490, while the SRS-XB32 will cost Rs 10,990.

The SRS-XB22 portable speaker is rated at at IP67 waterproof as well as dustproof. It also has party lights that can be activated while playing music. The Fiestable app and Sony Music Center app can be used to select favourite playlists, cue the next song, change lighting patterns and sound modes. 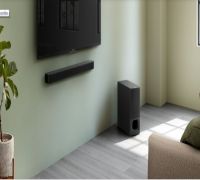 Sony HT-S350 with wireless subwoofer launched in India at Rs 17,990: Specs inside 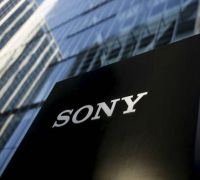 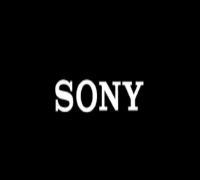 The all-new portable speaker is also equipped with support for built-in voice assistants for both Android and iOS devices. The speaker has massive passive radiators to enhance the bass effect. Sony promises a maximum battery life of up to 12 hours on a single charge. The SRS-XB22 is available in four colours - Black, Blue, Red and Green.

It is worth mentioning here that SRS-XB32 is a bigger version of the SRS-XB22 along with some additional features. The SRS-XB32 is equipped with multi-colour line LED lights . Sony promises a maximum battery life of up to 24 hours on a single charge. The bigger SRS-XB32 only comes in three colours - Black, Blue and Red.

It is to be noted that both the SRS-XB22 and SRS-XB32 will be available from June 15.

Sony HT-S350, a new soundbar was launched in India last week at a price of Rs 17,990. It is a 2.1 channel system and includes a wireless subwoofer and supports Sony's surround sound technology such as Vertical Surround Engine and S-Force Pro Front Surround. The soundbar weighs 2.4kg and sports two drivers for the mid and high audio frequencies. The Sony HT-S350 speaker system is capable of delivering a total power output of 320W. It has a 6.30-inch speaker unit.