Realme 3i goes on sale in India: Specifications, prices, sales offers inside

Realme 3i, a recently launched the budget smartphone, has finally gone on sale for the first time in India from Tuesday onwards. The Realme 3i is available on Flipkart and Realme's official website.

Realme 3i, a recently launched budget smartphone, has finally gone on sale for the first time in India from Tuesday onwards. The Realme 3i is available on Flipkart and Realme's official website.

It is to be noted that the Realme 3i is available in two variants and in three colour options i.e. Diamond Black, Diamond Blue, and Diamond Red colour options. Coming to the price, the base 3GB RAM + 32GB storage variant costs Rs 7,999 and the higher-end 4GB RAM + 64GB storage version retails at Rs 9,999.

Coming to the launch offers, customers can avail no-cost EMI and 5 percent discount if the purchase is made using a Flipkart Axis Bank Credit Card or an Axis Bank Buzz Credit Card on Flipkart. On the other hand, Jio subscribers will get benefits worth up to Rs 5,300. Also, MobiKwik SuperCash worth Rs 1,500 is also on the table if the phone is purchased from Realme's official website.

Realme 3i is equipped with a 6.2-inch HD+ display with a screen resolution of 1520 x 720 pixels, 19:9 aspect ratio. It also features Gorilla Glass 5 protection and have an in-display fingerprint sensor for authentication.

Both the variants can be expanded to 256GB via micro sd card. On the optics front, the device houses a dual-camera setup with a combination of 13-megapixel primary sensor with an f/1.8 aperture and a 2-megapixel secondary sensor. On the front, there is a 13-megapixel sensor with f/2.0 aperture, 1.12-micron pixels.

Interestingly, Realme 3i is a successor of Realme 3. Realme 3 was launched back in March this year at starting price of Rs 8,999. 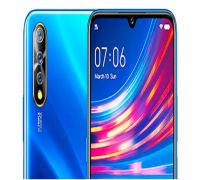 Vivo S1 to be launched in India on August 7: Specifications, expected Price inside 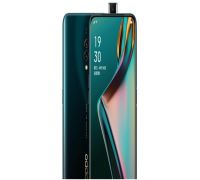 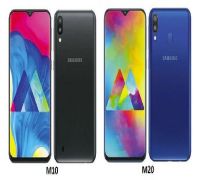 These smartphones of Samsung Galaxy M series gets discounts, offers: Details inside